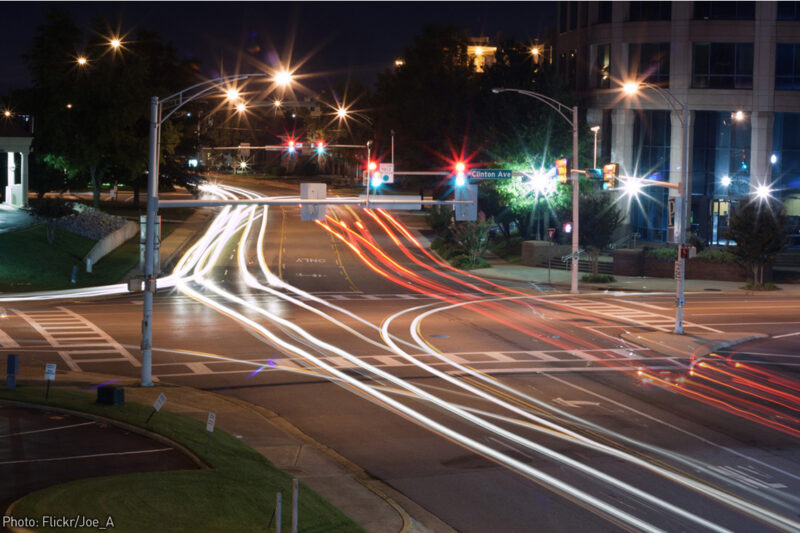 The National Highway Traffic Safety Administration has granted hundreds of thousands of dollars to local and state law enforcement agencies for the procurement of automatic license plate reader systems, contributing to the proliferation of this poorly regulated location tracking technology, according to documents obtained by the ACLU through a Freedom of Information Act request.

The NHTSA is funding license plate readers for highway safety purposes only, but it’s far from clear how law enforcement agencies are interpreting this and whether they are using the funding to buy license plate readers for non-safety uses. The NHTSA should not be funding police technology for surveillance purposes and it should not let law enforcement apply for funding to decrease traffic fatalities and then turn around and use those funds to track people not suspected of any crime.

The documents show that state agencies requested and were given NHTSA funds through various existing grant programs. NHTSA generally agreed to fund the purchase of ALPRs in proportion to the documented highway safety benefit.

For example, in 2012, the NHTSA approved a $78,467 grant for the Vermont Governor’s Highway Safety Program’s purchase of three license plate readers. The grant, however, had a condition: that grant money be used to fund the purchase of license plate readers only insofar as the license plate readers are used for the benefit of highway safety, and only up to 75% of the total cost. The grant approval goes on to require Vermont to document use “with sufficient detail to allow an auditor to determine that the equipment was used in a manner consistent with the terms of the grant and share of Federal funding.”

It is unclear if and how that documentation process ensures that law enforcement agencies are not taking the federal grant for traffic safety purposes and putting it instead towards non-highway-safety-related law enforcement abuses of the technology like asset forfeiture initiatives, policing rallies or gun shows, immigration enforcement, or simply collecting data on citizens’ movements without suspicion .

NHTSA granted funds via a wide selection of grants, including:

We did not receive grant applications in response to our FOIA requests so there are many details that remain unclear. For example, we still do not know how police departments proposed to use license plate readers to improve ‘Safety Belt Performance’; does this mean the government would use the cameras to take pictures of people inside cars to see if they’re wearing seatbelts? (Documents we released previously revealed that the DEA was indeed using ALPRs to photograph vehicle occupants.)

Private license plate reader manufacturers have further facilitated NHTSA granting funds for license plate reader systems by connecting state and local law enforcement agencies with the funding streams. In one 2012 email exchange, an employee of an ALPR maker advises the Florida Department of Highway Safety and Motor Vehicles that “NHTSA funding is available for traffic safety” and provides contact information. Indeed, the company has a whole page of its website devoted to connecting law enforcement agencies with sources of funding. We must be wary when industry tries to sell surveillance devices to local law enforcement under the guise of “This is free to you, the feds will pay for it.” Regardless of the dollar price to law enforcement, the public cost of location tracking is high.

In addition to Vermont, the documents show that grants have gone to law enforcement agencies in Missouri, Nebraska, New Jersey, California, Oregon, Massachusetts, and Illinois (although the program there was soon cancelled when the state DOT decided it was ineffective). Indiana requested funds (14918-19), but it is unclear if NHTSA granted the funds. New York Division of Criminal Justice Services—in collaboration with the New York State Police, the Department of Motor Vehicles, and local law enforcement agencies—also requested funding to purchase 70 license plate readers in 2008. It is unclear if these funds were granted. It’s likely other states have also received NHTSA funding in recent years.

The NHTSA’s funding of automatic license plate readers is ongoing. It is currently soliciting a contract to conduct research on the use of license plate readers to improve traffic safety. While this research will not involve deploying additional license plate readers, the NHTSA should take the opportunity to implement responsible restrictions on its funding. The NHTSA’s support for license plate readers may be aimed at various useful transportation purposes, but this technology is being used by many law enforcement agencies across the United States to indiscriminately collect and store the locations of people not suspected of any crime. Uses of ALPRs such as the study of traffic patterns or attempts to remove suspended drivers from the roads should not require the retention of data on a unique individual’s movements.