Why the War on Drugs is So Bad For Privacy 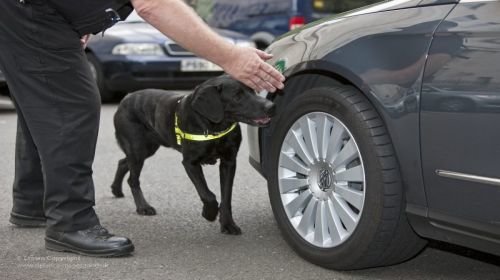 In 2011, for the 50th anniversary of Richard Nixon’s declaration of America’s “War on Drugs,” I wrote a roundup of some of the ways in which the War on Drugs has eroded privacy. Yesterday’s news about the DEA’s enormous program to collect Americans’ call records is a hell of an addition to the list. But with the DEA story fresh in the headlines, it’s important to remember a key point about why the drug war has been so corrosive of privacy: drug use is a victimless crime.

Why does that make it so bad for privacy? Think about it: with an ordinary crime, you have a victim who goes running to the police to tell them about the wrongdoing that has taken place. They have been assaulted, or stolen from, or otherwise wronged, and are hopping mad, and look to the police for justice. If the crime is murder, then the victim’s loved ones will do the same. While police might engage in a certain amount of patrolling, for the most part reports of crime come to them.

But when there’s no victim, how are the police supposed to find out when the law has been broken? The only way for police to fight victimless crime is to proactively search out wrongdoing: insert themselves into people’s lives, monitor their behavior, search their cars, etc. The enforcement of drug laws thus relies disproportionately on surveillance, eavesdropping, and searches of private places and effects. This (and misguided judges) is the reason that the failed War on Drugs has generated so much bad law around privacy and the Fourth Amendment in particular.

It’s a simple point, and I’m hardly the first to make it, but it’s well worth keeping in mind, and it’s one reason that the ACLU generally opposes victimless crimes.