2 Native American Teens Were Reported to Police for Joining a Campus Tour. Now We’re Stepping In. 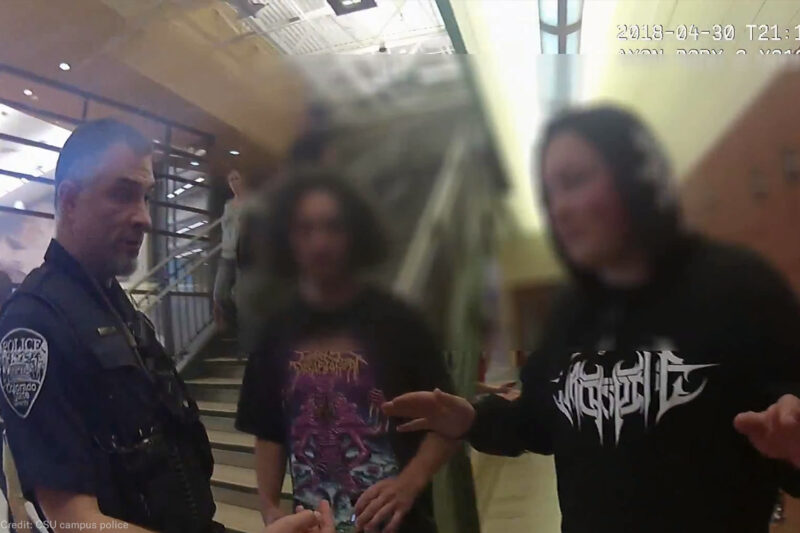 Last spring, Kanewakeron Thomas Gray and Skanahwati Lloyd Gray, two Native American brothers, drove from their home in New Mexico to Colorado State University, excited to tour the college where they hoped to enroll. Their excitement and hopes soon turned to something else. A white parent on the tour called the CSU police department to report the teen brothers as suspicious based on the way they looked. The parent questioned whether the two teens belonged on the campus.

CSU police did not ask the caller for more factual information. They did not take the time to observe the tour or speak to the tour guide or admissions office. Instead, they responded to the call by confronting the teens and pulling them from the tour. Standing in the bustling college hallway, the brothers — who traveled seven hours to get to their dream school — were questioned and searched. They had done nothing wrong and were never suspected of any crime.

The response of the CSU police magnified and legitimized the racial bias of one individual. Her biased actions were noxious. A different response by the campus police could have made this clear and supported the teens against the racial bias they faced. Instead, by calling the police, the woman was able to have the brothers removed from the tour and their right to be present was questioned by those charged with protecting the community.

How to make change on your campus

The brothers were left scared and humiliated, and when they departed the campus, the message couldn’t have been clearer: You’re not welcome here.

Members of the CSU community were rightfully outraged by the treatment of the Gray brothers. President Tony Frank sent a message to the CSU community, affirming the administration’s desire to make things right with the Gray family and communicated “the deep concern and commitment shared by [the] Admissions team, CSUPD, and the University administration to prevent something like this from happening again.”

This seemed a heartening promise and an opportunity for the university to take a strong stand against racial bias. Unfortunately, that promise has not translated into action.

The ACLU is representing the Gray family. We hoped to engage with CSU and persuade the administration to adopt policies and practices to prevent campus police from being used to further racial bias and discrimination. But another school year has started, and another group of diverse students has arrived on campus, and the comprehensive measures needed to ensure that CSU is a welcoming place for all students have not been adopted.

On Thursday, the ACLU sent a letter to President Frank, urging him to make good on his promise to the CSU community. We are calling on CSU police to amend their policies for dispatcher and officer response and to improve anti-bias training and policing practices that will respect the dignity of individuals.

For example, CSU police policies should direct dispatch staff to elicit information about specific behaviors when receiving suspicious person calls. This information should be relayed to officers who should be clearly permitted to exercise discretion in responding, including the option to take a “respond and observe” approach.

“My boys were publicly humiliated and told that their looks alone make them suspicious characters,” said Lorraine Kahneratokwa Gray. “As a mother, I was horrified to hear they were pulled away from a CSU tour because of someone’s misplaced and racially motivated fears. I hope they fix these policies, so other parents do not have to wonder if their children will be safe and welcomed on campus.”

Sadly, the Gray family’s experience is not an isolated incident, and college campuses are not safe havens from racially biased calls to police. Similar incidents have occurred at Yale University, Smith College, and the University of Massachusetts. It is time that CSU and other colleges take affirmative measures to ensure that their campuses are truly welcoming to all students.

Have You Been Targeted by Racist Calls to The Police?