ACLU Lens: Laura W. Murphy Speaks Out As a Mother on the Impact of Trayvon Martin's Death 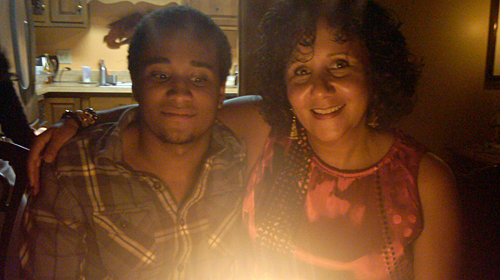 Yesterday, the ACLU’s Laura W. Murphy shared a personal story about how she has often feared her 22-year-old African-American son will be targeted like Trayvon Martin.

Speaking at the National Action Network National Convention, Murphy recalled how five years ago, she had to alert her neighbors in her predominantly white, upper-middle class neighborhood that her son was home from boarding school.

“There were so few Black men in our neighborhood that I had to send out an email to my neighbors, saying, ‘Please do not call the police, because if you see a young Black man walking around, that’s my child,'” Murphy said. “So Trayvon Martin affects all of us.”

Murphy’s remarks resonated with the crowd, reflected in this video of her speech at the Daily Caller.

Her story was also picked up in the Associate Press’s coverage of the event, in which Attorney General Eric H. Holder’s announced that the Justice Department will take appropriate action in the killing of Trayvon Martin if it finds evidence that a federal criminal civil rights crime has been committed.

The ACLU has called on Congress to: fully fund the DOJ Civil Rights Division so that it may conduct investigations into civil rights violations by law enforcement across the nation; and to pass the End Racial Profiling Act, legislation sponsored by Sen. Ben Cardin (D-Md.) and Rep. John Conyers, (D-Mich.) which would, among other things, provide training to help police avoid responses based on stereotypes and unreliable assumptions about minorities.

In addition the ACLU urges the Obama administration to strengthen the Department of Justice Guidance Regarding the Use of Race by Federal Law Enforcement Agencies to address profiling by religion and national origin, close loopholes for the border and national security, and make the guidance enforceable.

On Tuesday, Sen. Dick Durbin (D-Ill) announced the Senate Judiciary Committee will hold a hearing racial profiling in America – the first Senate hearing on this topic in over a decade, since before 9/11.