America, It Is Time to Talk About Reparations 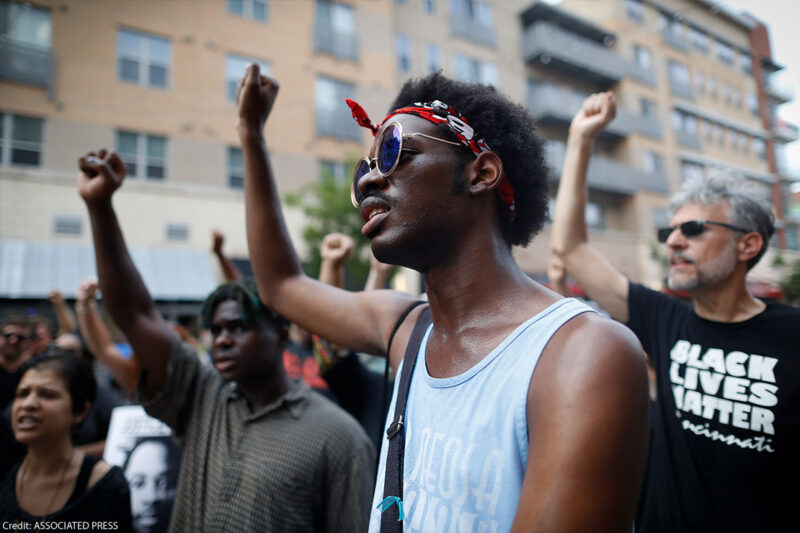 If reparations are the right path for America, how do we get there? Join the ACLU for a tough but necessary conversation about racial justice.

Jeffery Robinson, Executive Director, The Who We Are Project
Share This Page
May 22, 2020

We are two months away from the 400th anniversary of the first enslaved people arriving in what would become the United States of America. It is time to renew the public discussion about reparations to descendants of Africans who were enslaved as our country was forming and growing rich.

First as colonies and then as a nation, America has existed longer with slavery (1619-1865: 246 years) than without it (1865-2019: 154 years). And the reality of the institution of enslaving people is not the “good food and a decent place to live” narrative of Bill O’Reilly on Fox News and others who minimize the horror of the practice. The first 100 of the 154 years without slavery were characterized by socially mandated and legally enforced white supremacy. There were 4,075 lynchings between 1877 and 1950 (an average of a little over one lynching every week).

If the 1965 Civil Rights Act, passed the year after three civil rights workers were killed in Philadelphia, Mississippi, “leveled the playing field” in America, descendants of enslaved Africans have lived “free” in America for about 54 years. Of course, that 54 years has been characterized by the Republican-inspired war on drugs, the Democratic 1994 crime bill, and a report from the Economic Policy Institute last year that identified “no progress” since 1968 in closing gaps between whites and Blacks in home ownership, employment, or incarceration. In this world, freedom does start to sound like “nothing left to lose.”

In 1988, 43 years after the end of the war, President Reagan signed the Civil Liberties Act that compensated more than 80,000 people of Japanese descent who were imprisoned in camps during World War II. The legislation offered a formal apology and paid out $20,000 in compensation to each surviving victim. America paid more than $1.6 billion as a symbol of trying to right this horrible wrong.

The legacy of enslaving Africans is no less a “grave injustice.” It too flourished because of racial prejudice and a failure in political leadership. America’s political leaders could not see the moral high ground because of notions of white supremacy and piles of money coming from enslaving a race of people. In 1619, some “20 and odd” enslaved people arrived in America. Less than 170 years later, the enslaved population had grown to about 700,000 humans, and America was producing 1.5 million pounds of cotton a year.

On the eve of the Civil War, America’s cotton production had grown to 2.3 billion pounds a year. It was 60% of all U.S. exports. The enslaved population was now almost 4 million humans. The estimated value of enslaved people in the American economy in 1860 was about $3.5 billion (about $100 billion in today’s money).

The idea of reparations for slavery is not new. Most Americans know of the Emancipation Proclamation of 1862, but not many know about the Compensated Emancipation Act of the same year. That law authorized the payment of more than $1 million in 1862 money (more than $24 million in 2017) to D.C. owners of enslaved people for “lost property” when their enslaved people were freed. Believe it or not, America has already paid reparations for the practice of enslaving people — to those who did the enslaving.

An objective, fact-based evaluation of America’s history regarding home ownership, education, the use of the criminal legal system, and other critical areas of American life will reveal a government-supported philosophy that is best described by Thurgood Marshall in his Supreme Court argument in Brown v. the Board. He described the concept of separate but equal as part of “the inherent determination that people who were formerly in slavery, regardless of anything else, shall be kept as near that stage as is possible.”

If reparations are the right path for America, how do we get there? Is it through litigation, legislation, state-based work, or is it all three and more? Should payments be made to individuals or should benefits be distributed in other ways? Should every descendant benefit or only those who have a “need”?

Numerous scholars, leaders, and organizations committed to racial justice have wrestled with these questions and others, and their work has made this opportunity for a public conversation possible.

Four years ago, Ta-Nehisi Coates’ monumental essay on reparations for The Atlantic won over the minds of many who had previously bristled at the idea. Between 1989 and his resignation in 2017, former U.S. Rep. John Conyers proposed H.R. 40, a bill that would establish a “Commission to Study Reparation Proposals for African Americans Act.” It was defeated every Congress. In 2016, the Movement for Black Lives called for reparations and published a list of solutions ranging from open access to public universities to a universal basic income.

Now, Rep. Shelia Jackson Lee has re-introduced HR 40. Presidential candidates are discussing the concept, and the 400th “anniversary” of the first enslaved people arriving in America provides an opportunity for serious consideration of this issue in terms of racial justice — an issue which is at the heart of America’s past and present.

The ACLU believes the issue of reparations should be seriously considered by all Americans, and in furtherance of that belief, we are beginning a series of essays on the concept of reparations written by those who have labored on this issue for decades.

Congresswoman Jackson Lee has authored the first article on H.R. 40. You will hear from scholars and leaders associated with the National African American Reparations Commission, like Nkechi Taifa, who writes on her experience on being on the frontlines of the reparations movement since the 1960s. Dr. Julianne Malveaux, a political economist and president emeritus at Bennett College of Women, writes on post-13th Amendment terrorism and economic justice. Dr. V.P. Franklin, who edits the Journal of African American History, writes on his views about college tuition and technical training for descendants of enslaved people. Activist and lawyer Aislinn Pulley writes about the Chicago reparations ordinance, created in response to Chicago Police Department’s torture ring, and how that could be a model for reparations for enslaved African Americans. And Hilary Beckles, the vice-chancellor of the University of the West Indies and a chairman at the CARICOM Reparations Commission, writes about how the 21st century will know no greater global movement than the reparations movement. The ACLU is convinced that it is critical for these voices to be heard at this important moment in American history, and we want to do our part in making that happen.

When we talk about race in America, we are always trying to skirt the edges because getting to the heart of the matter requires a journey to a place where people and nations seldom want to go. William Burroughs described it as avoiding the “Naked Lunch” — that moment when everyone has to look at what is really on the end of their fork. It requires a journey to the front of the mirror, with all the lights on, to see who we really are as a nation and how we got to this point.