In Defense of Affirmative Action in Higher Education 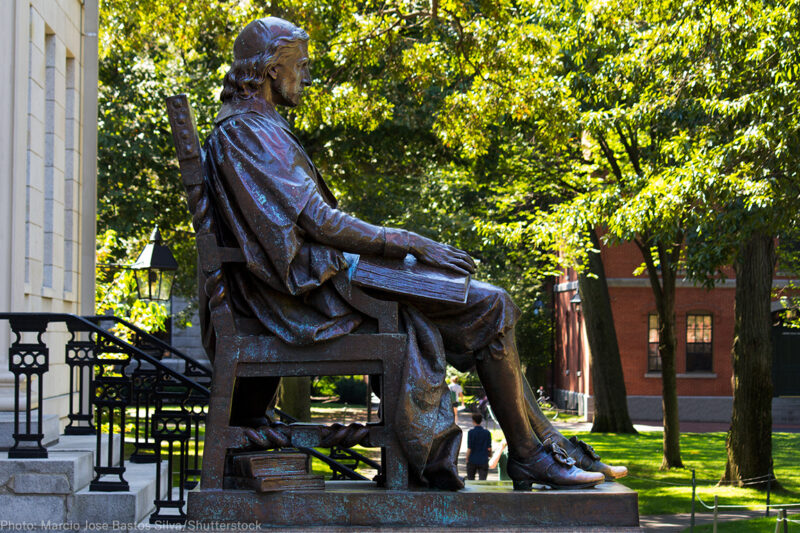 In November 2014, Students for Fair Admissions, an organization founded and led by Edward Blum as part of his ongoing opposition to civil rights and racial equality, sued Harvard University for racial discrimination in the admissions process.

According to the plaintiff, Harvard discriminates against Asian-Americans and engages in “racial balancing” that unfairly restricts the number of Asian-Americans admitted to the school. Yet the remedy that plaintiff seeks — prohibiting Harvard from being “aware of or learn[ing] the race or ethnicity of any applicant” — is untethered to its allegations. Even if SFFA prevailed on all of their remaining claims, it doesn’t follow that the proper remedy would be to prohibit Harvard from considering race as one of many factors in the admissions process.

On Thursday, the ACLU filed a friend-of-the-court brief with a federal court in Boston in defense of affirmative action in higher education. Whether or not Harvard discriminated against Asian-American applicants in its admissions process will ultimately be decided by the courts, but the remedy that the plaintiff seeks is extreme and unconstitutional for three primary reasons.

First, the Supreme Court has already stated that race can be considered as one factor in a holistic admissions process. In its 2016 decision in Fisher v. University of Texas, the court reaffirmed that universities can take race into account to ensure a diverse student body as long as that practice is narrowly tailored to avoid violating the Constitution’s Equal Protection Clause. In fact, based on the 2016 Fisher decision, the court in this case already dismissed SFFA’s contention that Harvard’s bare consideration of race violates Equal Protection.

The plaintiff’s proposed remedy — a permanent injunction against any consideration of race in admissions — would unconstitutionally violate Harvard’s First Amendment right of academic freedom. Universities have significant discretion as to how they compose their student body. Harvard’s judgment that a candidate’s multifaceted identity, including race, is a relevant component of its admission decisions is thus a constitutionally protected expression of its educational autonomy. Since the Supreme Court has already recognized that a race-conscious holistic admissions policy does not violate equal protection, the plaintiff’s proposed remedy would unconstitutionally interfere with the university’s academic freedom.

Finally, as the Supreme Court has acknowledged, these policies have reverberating effects that radiate out well beyond the university. Students from diverse backgrounds who learn from each other and are exposed to a variety of experiences, backgrounds, interests, and talents are better prepared for a pluralistic society. Banning any consideration of race, as SFFA seeks, would hamper the growth of generations of students who will be unprepared for an increasingly diverse nation.

To prohibit any consideration of race in a holistic review would undermine equality, impede integration and inclusion, and deny the relevance of individual experiences to the diversity of the student body. Nothing in the Constitution or the record supports SFFA’s request to ban Harvard from considering race in its admission process.

If it is proven that Harvard has discriminated against Asian-Americans, that can be addressed without eliminating race as one factor in the admissions process. Race matters, and we will all be worse off if universities are forbidden from taking that fact into account.