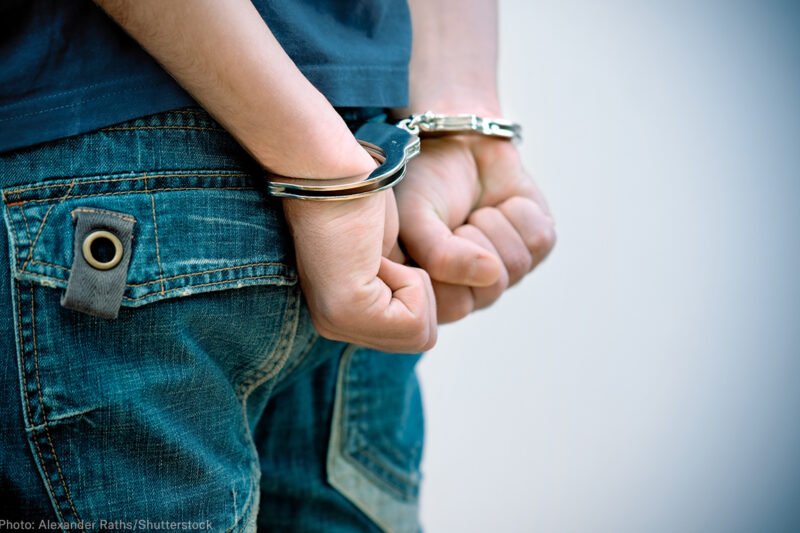 Children who have not committed a crime should never be treated like criminals. But that’s exactly what’s happening today in the schools in Riverside County, California.

The county’s Youth Accountability Team (YAT) Program, which is actually an arm of the local probation department, has been targeting youth for things like “school discipline problems and poor academics.” These children have committed no crimes. Yet, in the eyes of the probation department, they are “at risk” of becoming delinquent and thus should be treated as criminals.

Diversion programs, particularly community-based ones, can serve as positive alternatives to placing juveniles in detention facilities. However, when these programs take the place of school- and community-based interventions for non-delinquent behavior, they do more harm than good. What’s more, they can violate a child’s constitutional rights along the way. YAT does just that, feeding kids in to the school-to-prison pipeline.

The program began in 2001, when the now-debunked myth of the juvenile super-predator still loomed large in the national conversation about criminal justice. The idea at the heart of the YAT program’s formation was that a dose of fear would “divert” a young person from committing future crimes. This idea is fundamentally at odds with what scientists have learned about the maturation of children and their brains before age of 25. It also contradicts what the Supreme Court has said “any parent knows” about child development and how kids learn responsibility. The Court has long held that“the condition of being a boy does not justify a kangaroo court.”

Our lawsuit seeks to affirm the rights of children in the county in several ways. First, Riverside relies on an antiquated “incorrigibility” law that allows children to be prosecuted for disobeying school authorities. In practice, this transforms typical childhood misbehavior or academic struggles into something more sinister, using it as the basis to initiate a child’s contact with the juvenile justice system.

The vague terms of this law lead to its administration in an arbitrary, unequal, and racially biased way. Black and Latino youth are disproportionately likely to be referred to YAT. Many youth with disabilities or those experiencing trauma who could be more appropriately helped elsewhere are instead placed on probation.

It is not only an unlawful tool, it is the wrong tool to help children.

As it stands, children can be and are being placed on six-month terms of probation without procedural safeguards. Children and their families are not provided with specific information about the offense they are accused of committing, the terms of YAT probation, the possible consequences of going to court, or advisement of their legal rights.

With this lack of information, they sit across from officers of the probation and police departments and purportedly submit to invasive probation conditions and waive their First and Fourth Amendment rights. This is fundamentally unfair, and it violates children’s constitutional due process rights.

The constitutional deficiencies of Riverside’s YAT Program are clear, and the program will continue to violate children’s rights until it is reformed. But reforming the program will not only protect their rights, it presents an opportunity to provide a model for bringing juvenile probation and diversion in line with contemporary research on adolescent development.

As a new report from the Annie E. Casey Foundation points out, getting probation right is critical to reforming juvenile justice. Research shows that adolescent brains work differently. They are less responsive to the threat of punishments and demands for compliance. Scared-straight programs, boot camp, and programs that rely on compliance and surveillance, like traditional probation, are ineffective. Instead, adolescents respond to positive incentives and supports.

Knowing this, we can conclude that many of the children currently placed on YAT probation would be better served by ensuring their schools and communities are equipped with counselors and other professionals who can support them. As the Casey Foundation suggests, when youth are appropriately diverted from the juvenile justice system, probation should not play a role. For the smaller number of youth who do end up on probation after committing a crime, programs could also be tailored to provide individualized goals and support the development of positive capabilities.

Riverside County is not alone in its need to rethink juvenile probation and diversion. Across the country, many communities have not given careful attention to aligning their probation and diversion programs with the latest research and ensuring the protection of children’s’ rights. As successful reforms to juvenile detention practices demonstrate, there is much to be gained from rethinking juvenile probation, and those reforms must be enacted now to protect children’s rights across the nation.