Kimberlé Crenshaw on Teaching the Truth About Race in America 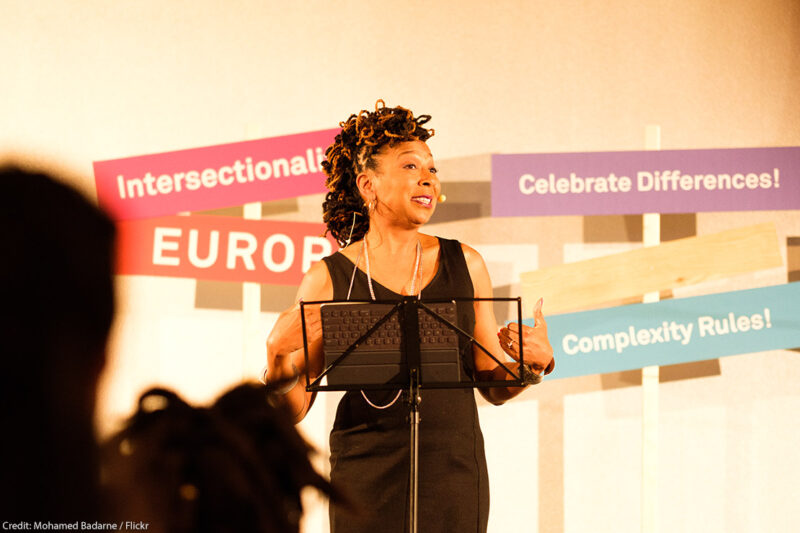 A pioneering scholar of Critical Race Theory joins us to discuss the true meaning of the practice, and how it became a political flashpoint in schools and beyond.

The assault on the practice and ideology known as Critical Race Theory (CRT) has been a wildly successful propaganda campaign. As of this week, 27 state legislatures and 165 national and local organizations have made efforts to restrict education on racism. But what exactly is CRT, and is it really commonplace in K-12 curriculum, as the right makes it out to be? And why does reckoning with the history of racial oppression elicit such profound censorship from those that typically tout support for free speech?

The practice and framework of CRT, which asserts that racism is embedded in the legal system and government policy as opposed to individual prejudice, has consistent historical precedents. Yet every time this structural racism is brought to the forefront of public discourse, opponents accuse advocates of stoking division and animosity. Discomfort is natural when encountering the American legacy of slavery and genocide, but anyone who values freedom and justice can recognize the need to resist the suppression of conversations that could perfect our democracy.

On this week’s At Liberty podcast episode, you’ll hear from Kimberlé Crenshaw, pioneering CRT scholar and Distinguished Professor of law at Columbia University and UCLA, who unpacks the contemporary pushback against anti-racist education and connects it to the historical repression of civil rights movements. From the laws that worsened inequality to the rhetorical attacks against Black liberation, Crenshaw lays America bare and dares to envision a more equitable union.

Listen to Episode 168 of ACLU's "At Liberty" Podcast Below:

Lawmakers, parents, think tanks, and conservative pundits have waged a war over how to teach students about systemic racism. As of this recording, ...