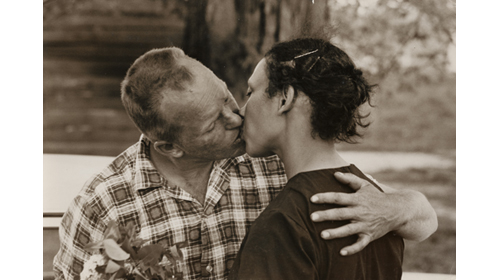 As we embark on the celebration of Black History Month, America is reminded of the stellar contributions that Blacks have made to American life, contributions made despite the greatest of odds, contributions that affect our everyday existence. Were it not for the energy and ingenuity of Black inventors, we might find ourselves in a world without traffic lights, without light bulb filaments, without even peanut butter — and an astounding number of other things we take for granted but could hardly live without.

The 29 days in which we will observe Black History Month this year hardly seems time enough to explore it all, particularly when — as critics of the yearly observance point out — too many are prone to ignore the celebrations all together or to forget about these contributions the moment the calendar flips to March.

Still, despite the general malaise surrounding the month, there’s no better time than February to talk about the history of civil rights, the American Civil Liberties Union, the impact of one of its most important cases, and how this history impacts the continuing struggles we face today. I’d like to take this Black History Month to commemorate the history of ending anti-miscegenation laws in this country, to lift up a remarkable couple, Mildred and Richard Loving, to reflect on history and to talk about how we move forward to ensure that we all have the freedom to love. 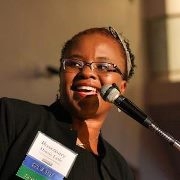 Rosemary Harris Lytle is the ACLU of Colorado’s Communications Director. An experienced journalist and communicator, Rosemary helped lead the civic journalism movement at America’s daily newspapers. She specialized in writing about equality and social justice as a news columnist for The Orlando Sentinel, the Virginian-Pilot and The Gazette in Colorado Springs, and has received numerous awards and honors. Rosemary has a MA from the University of Colorado-Colorado Springs and a BS from Ball State University.

In 1958, Mildred Delores Jeter and Richard Perry Loving left their home in Virginia because as an interracial couple they couldn’t be married there. They traveled to Washington, D.C., where a legal marriage was performed. When Mildred Loving, a woman of African and Native American descent, and Richard Loving, a man of European descent, returned to Virginia, the police found out about their presence and broke into the room where they were sleeping, hoping to discover them in an intimate, then illegal, act. Though police didn’t find what they were hoping for, the Lovings were nonetheless arrested for violating the state’s “Racial Integrity Act,” the judge declaring, “Mighty God created the races white, black, yellow, malay and red, and he placed them on separate continents. And but for the interference with his arrangement there would be no cause for such marriages. The fact that he separated the races shows that he did not intend for the races to mix.”

The judge sentenced the Lovings to a year in jail, but suspended the sentence because they agreed to leave the state. They did leave, but they also fought — with the help of the NAACP and the ACLU. Loving v. Virginia was a classic civil rights struggle. At every level, the Virginia courts upheld the constitutionality of the Racial Integrity Act. But when it was appealed to the U.S. Supreme Court, the Lovings were victorious.

The Warren Court unanimously struck down the Racial Integrity Act as a violation of the 14th Amendment’s due process and equal protection clauses. It affected not only Virginia, but every one of the 15 states that still had anti-miscegenation laws on the books.

It was a great moment in not only Black history and civil rights history, but in American history.

On the 40th anniversary of the Supreme Court decision of Loving v. Virginia, Mildred Loving, having lost her beloved Richard, issued a rare public statement and it in part speaks to one of the great civil rights struggles of today — the struggle to make marriage legal for same-sex couples. Mildred Loving said: “I am still not a political person, but I’m proud that Richard’s and my name is on a court case that can help reinforce the love, the commitment, the fairness and the family that so many people, Black or White, young or old, gay or straight seek in life.

“That’s what Loving, and loving, are all about.”

No matter how some might try to ignore it, or to negate its worth in our supposedly post-racial, colorblind America, that’s what Black History Month is all about, too — reaching into the very soul of the American experience and finding ways to not only celebrate the past but to move forward to a better more inclusive future for all of us.

“A Loving Story,” a documentary about the Loving family and their Supreme Court case, debuts tonight on HBO at 9 p.m.

Photo: Grey Villet, [Richard Loving kissing wife Mildred as he arrives home from work, King and Queen County, Virginia], April 1965. © Estate of Grey Villet. From an exhibit of 20 photographs of the Loving family currently on display at the International Center of Photography in New York City (1133 Avenue of the Americas at 43rd Street) through May 6, 2012. See more pictures from this exhibit.