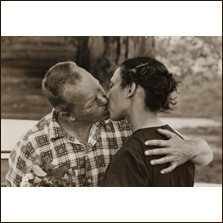 Mildred and Richard Loving never set out to have their marriage become the subject of one of the most famous civil rights cases of the last century. But it was their deep affection for one another and sheer determination that the heart won out over hate that led them to the Supreme Court, where the ACLU represented them in a landmark case that struck down state bans on interracial marriage.

Now, this saga of a 17-year-old Black woman who wanted nothing else than to marry her white 23-year-old childhood sweetheart will be recounted in The Loving Story, a documentary that will be shown, appropriately, on Valentine’s Day, at 9 p.m. ET.

Click on the picture below to view the trailer: 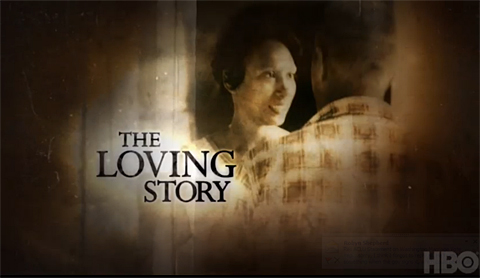 “This is a love story,” said director Nancy Buirski. “And it’s a story about people who were told they couldn’t love who they wanted to love.”

After the Lovings married in Washington, D.C. in 1958, they returned to their home state of Virginia, where soon after they were rousted out of bed and arrested for violating the state’s anti-miscegenation law. A state judge sentenced them to a year in jail, but suspended the sentence if they would leave the state for 25 years.

The Lovings left to live in Washington, but were arrested again five years later for traveling together, when they returned to Virginia to visit relatives. After the passage of the 1964 Civil Rights Act, the couple wrote to Attorney General Robert F. Kennedy for help. They asked if the landmark law would allow them to be in the same car together. Kennedy referred them to the National Capitol Area office of the ACLU, which took on their case.

Volunteer attorneys Philip Hirschkop and Bernard Cohen represented the couple in losing appeals on the newest charges in district and appellate courts. “It was a terrible time in America,” Cohen told The Washington Post in 2008. “Racism was ripe and this was the last de jure vestige of racism — there was a lot of de facto racism, but this law was…the last on-the-books manifestation of slavery in America.”

Loving v. Virginia, went to the Supreme Court, where in 1967 the justices struck down Virginia’s ban on interracial marriage.

The documentary features rare home movies of the Lovings and their three children as well as never-before-seen outtakes from a photo shoot given to the couple by a Life magazine photographer. Also heard are excerpts from the oral arguments at the Supreme Court.

“Anybody can change history,” Buirski said. “These were humble people, modest in every respect, who wanted to come home to live with their family in Virginia.”

Top Photo: Grey Villet, [Richard Loving kissing wife Mildred as he arrives home from work, King and Queen County, Virginia], April 1965. © Estate of Grey Villet. From an exhibit of 20 photographs of the Loving family currently on display at the International Center of Photography in New York City (1133 Avenue of the Americas at 43rd Street) through May 6, 2012. See more pictures from this exhibit >>