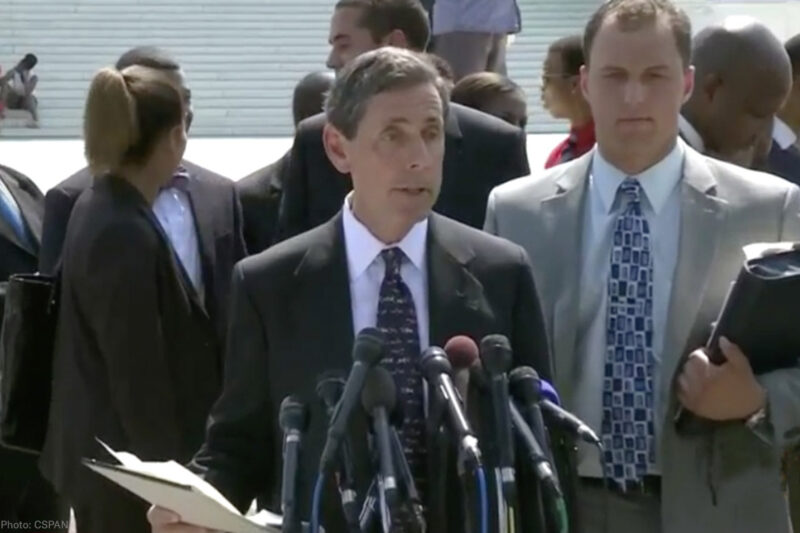 In a federal lawsuit that went to trial this week, the organization Students for Fair Admissions is challenging Harvard University’s admissions practices, arguing that the consideration of race in the process violates the Equal Protection Clause.

So what’s at stake in this case? A lot.

Just two years ago, in Fisher v. the University of Texas, the Supreme Court reaffirmed that the consideration of race as part of a holistic admissions process, a practice known as affirmative action, is consistent with the Equal Protection Clause. The district court already dismissed this claim citing Fisher.

But make no mistake about it — the engineer behind this litigation is intent on sowing divisiveness amongst communities of color in an effort to dismantle diversity programs and civil rights protections that benefit all people of color. Students for Fair Admissions is the creation of Edward Blum. Blum is not a lawyer, but he has a long history of crafting legal attacks on civil rights.

After losing a congressional election in the early 1990s, Blum, who is white, challenged the Texas redistricting process as discriminating in favor of African-American and Latinx voters. While his success in that case, Bush v. Vera, was limited to particular districts, among his other challenges to the voting rights, Blum was behind Shelby v. Holder. That case gutted important protections in the Voting Rights Act with drastic effects for voters of color. His attacks on laws and policies designed to promote the equality of people of color are not limited to voting rights. Blum also crafted the unsuccessful challenge to race-conscious college admissions programs in Fisher v. University of Texas.

Failing in Fisher, Blum baldly strategized that he “needed Asian plaintiffs.” He formed Students for Fair Admissions as a vehicle to file litigation. The organization’s leadership consists solely of Mr. Blum, Abagail Fisher, and Richard Fisher, her father. Through Students for Fair Admissions, Blum recruited “members” and filed his challenge to college admissions against Harvard with a twist. This time, Blum claims that the consideration of race discriminates against Asian-Americans.

Listen to our Podcast on the Case Against Harvard

While Blum now purports to represent the interests of Asian-Americans, none of his goals in litigation have changed. Blum isn’t seeking to ensure that Harvard adequately addresses any implicit biases against Asian-Americans in its admissions practices, nor is he asking Harvard to take other affirmative steps to recognize the value of Asian-American applicants.

The relief Blum seeks is narrowly focused on what has always been his objective: a prohibition on any awareness of race in college admissions. If Blum gets his wish, statistical projections show that white applicants will be the primary beneficiaries. Not talking about race doesn’t erase discrimination; it reinforces the privileges of white applicants by ignoring the ways in which deep-seeded structural racial inequality impacts individuals.

Blum’s cynical attempt to use members of the Asian-American community seeks to pit people of color against one another. This is the direct antithesis of race-conscious admissions programs, which endeavor to create richly diverse college campuses. A college community that includes diversity across many spectrums, including race, allows students to learn from one another and to work together. The dialogue and debate that happens on college campuses will prepare students for engagement in the private sector workforce, the military, and many facets of civil society.

Contemporary events demonstrate all too clearly that racial divides and racial discrimination persist in America. In this context, efforts to promote diversity cannot be viewed as mere niceties, and attacks on those efforts cannot be treated as benign. There are real consequences for democracy at stake.