In Montana, the Practice of Suspending People’s Licenses for Outstanding Court Debt Could Soon Be Over 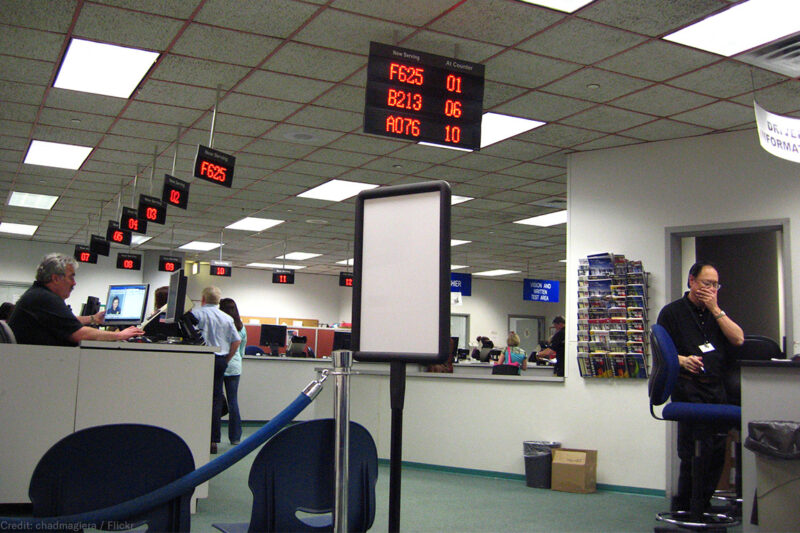 In more than 40 states across the country, state governments suspend people’s driver’s licenses for outstanding court debts, a practice that disproportionately harms low-income people. But if a Republican legislator has his way, this destructive and counterproductive policy may soon be null and void in Montana.

On Jan. 9, Rep. Casey Knudsen (R-Malta) introduced a bill to repeal the part of Montana law that permits driver’s licenses to be suspended for failure to pay court debt.

Under current Montana law, the Motor Vehicle Division of the Montana Department of Justice is required to suspend the driver’s license of any person who fails to pay court debt. Every year, the state suspends the driver’s licenses of more than 10,000 low-income people, even when the reason for their debt has nothing to do with public safety violations when driving. Knudsen’s bill would relieve thousands of Montanans from this harmful practice.

Debt-based driver’s license suspensions are another example of a poverty penalty, such as cash bail, that punish people based on what’s in their bank account rather than whether they’re a legitimate threat to public safety. A consensus, however, is emerging that these practices are not only unfair but counterproductive. The Supreme Court has held that a person’s ability to pay must be considered before they are punished for nonpayment of a court fine, prompting civil rights lawsuits in multiple states over the last several years.

Once a person’s driver’s license is suspended, they can no longer lawfully drive to and from work, making it much harder to pay off their debt. And it also makes it much harder to get to school, job interviews, medical appointments, the grocery store, or religious services. With limited access to public transportation in Montana, driving is often the only realistic means of transportation, causing many people to drive with a suspended license out of necessity. This carries significant risk. Driving with a suspended license carries a penalty of between 2 days and 6 months of jail time in addition to more fines and an extended period of suspension.

People of color are particularly at risk of debt-based suspension and incarceration for driving under a suspended license. That’s both because of stark, race-based obstacles to equal economic justice and the over-policing communities of color. As a result, this practice entrenches low-income people into cycles of poverty, debt, and incarceration from which it is difficult to break free.

Legislators are expected to vote on Knudsen’s bill any day now. When they do, lawmakers should overwhelmingly vote to rid Montana of this law, which harms the poor and does nothing to promote public safety on the state’s roadways.