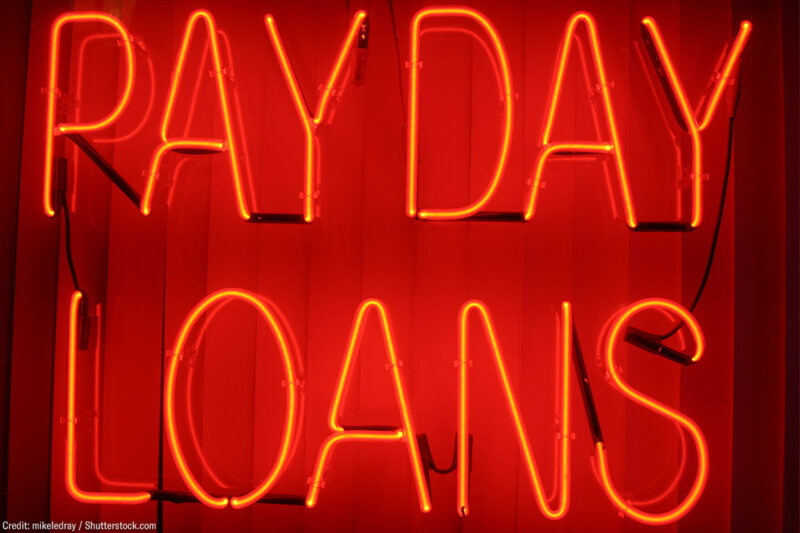 It's time to stop payday lenders in Nebraska from taking advantage of communities of color.

June 25, 2020 UPDATE: Today Nebraskans for Responsible Lending announced they have gathered enough signatures to qualify for a citizen’s initiative to be placed on the ballot, which would allow Nebraskans to vote to reduce payday lending loan annual interest rates from 400% to a maximum 36 percent. For loans with higher rates made in violation of this rate cap, the payday lenders would be banned from collecting principal, interest, or other charges.

This comes at a time when many Americans are devastated by the global health pandemic and the longstanding racial disparities it has exacerbated and an economic crisis leaving millions unable to meet their families’ basic needs. While many of these issues will take work to resolve, one specific thing that Nebraskans can do now to help remedy economic and racial injustice is support this measure on the upcoming November ballot.

Currently, payday lenders in Nebraska, also known as delayed deposit lenders, can charge predatory rates with an average annual percentage rate (APR) of 404 percent and in some cases as high as 461 percent. Families are routinely devastated by this practice, finding themselves unable to meet basic living expenses, and often losing bank accounts or filing bankruptcy. To put this in context, this means families who need a couple hundred dollars can end up trapped in a vicious cycle of debt they cannot break free from. The Department of Defense and Congress have already imposed a 36 percent rate cap on interest rates for active-duty military because they know that payday lenders often target military communities. This measure would ensure that Nebraska’s 150,000 veterans and all families have that same reasonable protection.

Payday lending has also been shown to make racial inequalities worse. These lenders say they provide access to credit and cash when needed, but what they really provide is unmanageable debt. The consequences fall especially hard on communities of color where payday lending stores are located in higher numbers than in other neighborhoods, even when you adjust for income. It becomes incredibly hard for minority families to build wealth, save for the future, or have a safety net because dollars are systematically drained away. Payday loans burden Americans with more than $4 billion in fees each year in the 34 states that allow staggering triple-digit interest rate payday loans. That adds up to $28,173,908 from Nebraskans alone.

Additionally, coercive collection practices, including arrests and threats of arrest, are more prevalent in the case of payday loans. Without meaningful regulation and enforcement, the use of arrest warrants is rampant and underlies a range of coercive and abusive collection practices. Even when debt collectors cannot possibly secure criminal prosecution or jailing for an unpaid debt, some have falsely threatened debtors with such sanctions when collecting payday loans.

Consumers in Nebraska have also been arrested for failure to appear in court over unpaid private debt judgments, including payday loans. In 2016, Nebraska judges issued an alarmingly high 548 warrants in debt collection suits. A judge may preemptively issue a warrant for the arrest and jailing of the debtor if “there is danger of the debtor leaving the state or concealing himself to avoid examination.”

Sixteen states and the District of Columbia have already enacted rate caps of about 36 percent. Payday lending is a multi-billion-dollar industry that exploits the most financially fragile. This initiative would help end predatory lending practices and ensure that consumer loans are fair and reasonable.