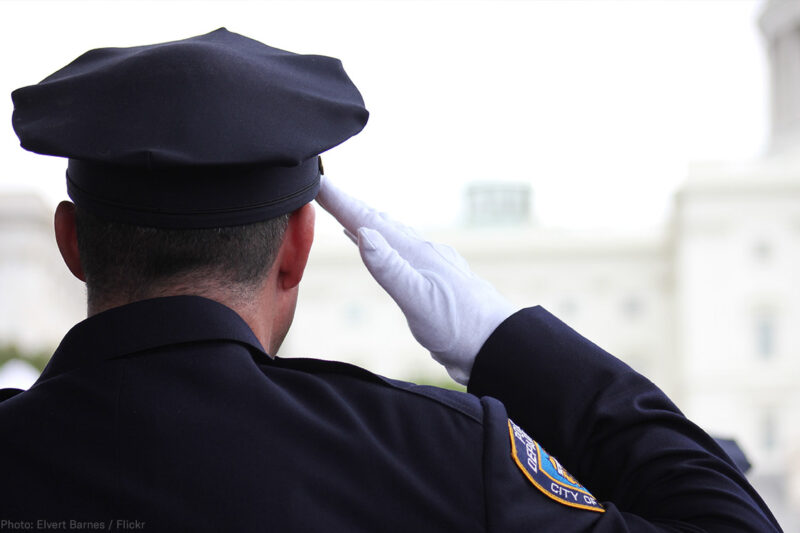 When reporter Joshua Vaughn of The Appeal told me that some Pennsylvania police have charged people with “ethnic intimidation” — the state’s version of a hate crime — for saying offensive things to the officers who arrest them, I thought, “Not again!”

No, really. This is another version of “contempt of cop,” the police practice of punishing people who defy them with criminal charges. So now, amidst a rising tide of actual hate crimes, we have police officers using hate crime laws to punish people who get angry when they are being arrested.

In June, I reviewed the affidavits of probable cause that four officers used to justify hate crimes charges against four suspects in 2016. Two people were being arrested for minor crimes. The third was arrested for getting upset when the police would not take her complaint, and the fourth was being picked up for a psychiatric check.

Yet, all of them ended up charged with hate crimes.

Sannetta Amoroso went to her local police station in January 2016 to report a stolen TV but became agitated when the police asked her to write it down, so the officers decided to arrest her for disorderly conduct. She resisted and was knocked to the ground and overpowered. While handcuffed in her cell, she yelled, “Death to all you white bitches. I’m going to kill all you white bitches. I hope ISIS kills all you white bitches.” She received six charges, including a felony assault charge for hitting an officer in the arm and felony ethnic intimidation.

In June 2016, State Trooper Robert Wareham came upon Steven Oller’s car parked on the side of the road, with Oller outside. Wareham described Oller as shaking, with dilated pupils and bloodshot eyes. Oller was forcibly subdued, cuffed, placed in a patrol car, and driven to a hospital for blood testing.

In August 2016, the police handcuffed Seneca Payne at home and drove him to a hospital for a “welfare check” when a neighbor reported that Payne had been drunk and talked of hurting himself. On the way, Payne said to one trooper, “Are you a citizen?”, “nigger,” “Go back to your country Ghandi motherfucker,” and “gook mother fucker.” Payne was charged with misdemeanor resisting arrest, fighting, and ethnic intimidation.

In September 2016, Robbie Sanderson was arrested when employees at a CVS claimed he was shoplifting. After he had been cuffed and placed in a police car, he called the arresting officer a “mother fucker,” a “fucking militant,” a “fucking skinhead,” and “Gestapo.” At the station, Sanderson called the chief of police a “fat motherfucker” and made violent threats while in his cell. The arresting officer charged Sanderson with terroristic threats and ethnic intimidation — but never said why he thought the “threats” were motivated by bias.

These people said awful things to the police, but they all were handcuffed and far from threatening. We expect our police to be thick-skinned because their job is, by definition, dealing with people at their worst. That’s not an original thought — the courts have said so for years.

In 1974, in Lewis v. New Orleans, the Supreme Court struck down a city ordinance that made it a crime “for any person wantonly to curse or revile or to use obscene or opprobrious language toward or with reference to” a city officer. The court said, “A properly trained police officer may reasonably be expected to exercise a higher degree of restraint” than the average citizen when insulted. Thirteen years later, the court, citing Lewis, struck down a Houston ordinance that made it a crime to “oppose . . . or interrupt any policeman” in the performance of his duties.

In Pennsylvania, as in many other states, an ethnic intimidation charge is an “up charge,” meaning the suspect faces harsher discipline under the law. Robbie Sanderson, for example, was charged with “terroristic threats,” a first-degree misdemeanor. The additional ethnic intimidation charge, however, is a third-degree felony that carries a maximum of sentence of seven years’ incarceration. That was Sanderson’s only felony that day.

Oller’s and Payne’s misdemeanor ethnic intimidation charges could get them each a year in jail. Amoroso was given a second-degree felony for hitting one of the officers who tackled her. But the charge for what she said is a first-degree felony, with a potential sentence of 20 years’ incarceration.

Hate crime laws are supposed to deter and punish crimes that target people for who they are and make the world safer for communities that suffer from discrimination.

Sanderson, Oller, Amoroso, and Payne resisted arrest, both physically and verbally, because they didn’t want to be arrested — not because of the color of the officers’ skin. Charging them with ethnic intimidation and threatening them with years of prison for their words does not make the world safer for anyone.

Hate crime charges should be reserved for the serious crimes they were intended to address, not used by police seeking to punish people for disrespect. As Supreme Court Justice William Brennan said: “The freedom of individuals verbally to oppose or challenge police action without thereby risking arrest is one of the principal characteristics by which we distinguish a free nation from a police state.”