The Power of a Boycott 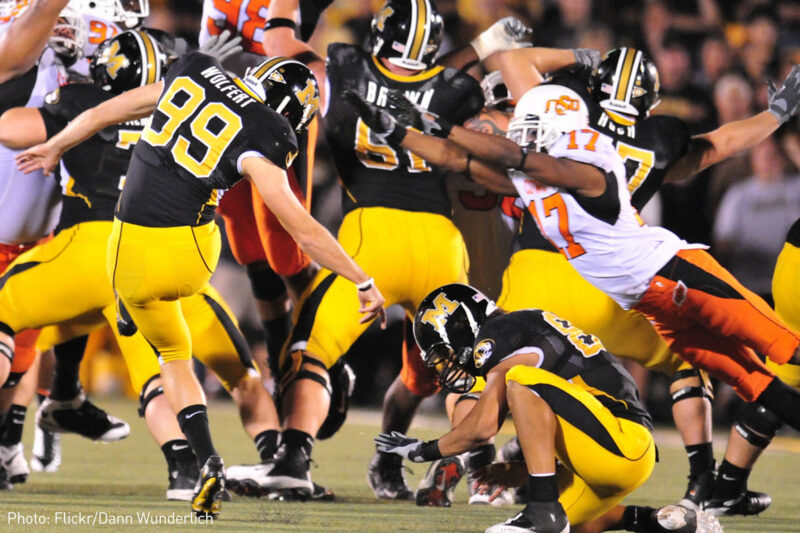 When football players at the University of Missouri chose to use their immense campus capital to go on strike until the school addressed acute racial tensions on campus last month, they succeeded. Mightily and immediately. In doing so, they illustrated one of our grandest constitutional traditions: using their free speech as a powerful tool in the battle for civil rights.

But last week, one of the state’s politicians made it clear he’s forgotten some of the Constitution’s great lessons. Rep. Rick Brattin proposed a bill to revoke the scholarship of any student athlete who refuses to play ball for expressive reasons. It’s hard to imagine a move more doubly tone-deaf on both racial equality and the First Amendment.

Thankfully, he seems to have seen the error of his ways. Today, Rep. Brattin withdrew his misguided bill.

Perhaps he remembered one of the most celebrated boycotts in American history. The Montgomery bus boycott of 1955-1956 was a turning point in the struggle for civil rights and an early example of how protest in the form of a boycott, with all its economic consequences, can be a powerful tool, particularly for people long denied a voice because of racial oppression. Punishing athletes who use their economic clout on behalf of racial equality turns a blind eye to this history.

There is no question that the proposed legislation would have targeted and punished speech that is fully protected by the First Amendment. Indeed, one of the Supreme Court’s brightest civil rights-era cases affirmed the constitutional right of NAACP activists to hold a mass economic boycott of racist white-owned businesses. The students have every right to use the clout they have — and never underestimate the clout of football season — to participate in today’s civil rights movement.

Recent campus controversies have seen free speech absolutists accusing college students seeking respect and equal opportunity in their learning environments of being coddled fascists seeking to narrow the First Amendment’s protections. On the other hand, other student activists have interpreted the very phrase “free speech” as a tool of the white patriarchy. These are both false narratives. We know that civil rights cannot be won without the power of voices, boycotts, and student activism, all of which the Constitution protects.

The civil rights era proved that rights and liberties are deeply entwined and ultimately complementary. Thankfully, Rep. Brattin has backtracked on a legislative effort that would have had him on the wrong side of history, and the wrong side of the Constitution.