The Progress We've Made Is Vulnerable, Unless We Act to Protect Future Generations 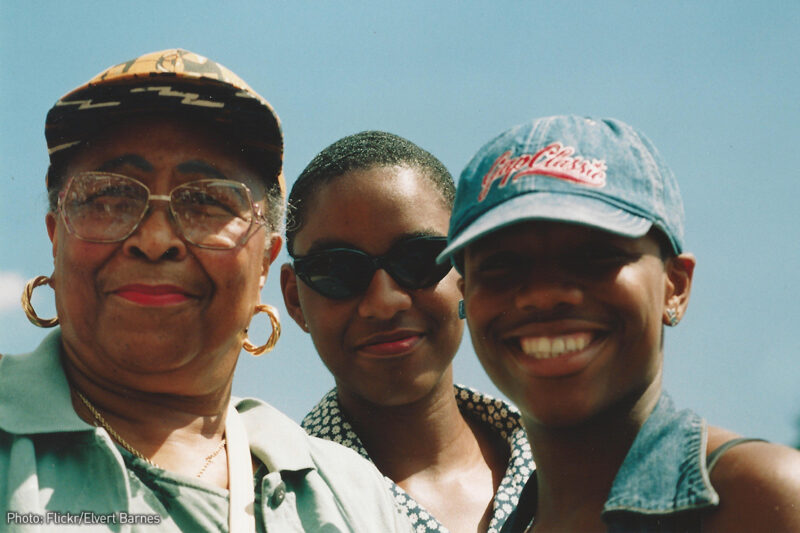 The distance between my position as an ACLU lawyer and my mother working in the fields of South Carolina in the 1920s seems enormous.

My parents were able to claw their way into the middle class by taking advantage of a GI Bill loan, earned through my father’s service in the segregated army of World War II, and by both of them working hard. My father worked in a day job, which he described as training a series of white men to be his supervisor over 30 years, and an evening job in the mail room of a different company. My mother also worked, and together they were able to piece together an income that supported something approaching a typical middle-class life. Through their hard work and a series of loans and scholarships, my brothers and I were able to attend schools and obtain meaningful employment and, in many respects, ended up faring better than many other people of color who were not lucky enough to get the same opportunities we did. Even with those advantages, I worry that my daughter does not enjoy the same economic security as many of her white friends and classmates.

But a new report confirms what I and others know to be true: That the progress my family and others made is vulnerable.

This economic reality is quantified in the release today of the report, “Impact of the US Housing Crisis on the Racial Wealth Gap Across Generations,” prepared by the Social Science Research Council. The independent report commissioned by the American Civil Liberties Union documents how the economic gap that existed before the housing market collapsed — and which was showing signs of decreasing — was substantially widened and fueled by harmful lending practices by Wall Street institutions that were discriminatory and predatory. Most significantly, the report is forward-looking and considers how the gap created by past discrimination is projected to compound racial disparities in the future.

The implications are enormous for Black people looking to own their homes and use the principal in those homes to create opportunities for their children through, for example, financing their children’s education or passing on wealth to the next generation. In fact, if we do nothing to create meaningful reform, the Black homeowners of 2031 will have just 22 percent of the wealth of their white counterparts. That’s a larger gap than before the housing bubble burst of 2008. This is not merely a concern; it’s an impending crisis.

On a personal level, the report resonates deeply with me.

On a recent evening, a group of people attending a conversation about race in a Hudson Valley church were instructed to form a single line down the middle of the room. That line, which included people of a number of different races and ethnicities, seemed like an illustration of equality, a gathering of neighbors who equally enjoy access to opportunity. But the semblance of equality quickly disappeared as the moderator, in an exercise called a Privilege Walk, asked a series of questions and then, depending on the answers, requested that individuals step forward or backward.

Only one of the questions explicitly mentioned race: “If you are a white male, take one step forward.” The rest were completely race-neutral. Many of the questions related to economics: Were there times when you skipped a meal because there was no food in the house? Did your family have health insurance? Did you take out loans for your education? By the end of the exercise, the room was dramatically divided into two distinct and distant lines — one with all white people and one with all non-white people — as separate as a pre-boycott Montgomery bus.

The exercise was a physical representation of the sad reality of race in America in 2015. The placement of people in the room represented in equal parts the history of discrimination, the present day consequences of that discrimination, and the way that the past and future will continue to constrain the future opportunities of some non-white individuals, who find themselves in a vastly different position than the white participants.

The report that we released today is the data behind the exercise that played out in my church recently, and it serves as both a warning and an opportunity. The projections of increasing inequality are not carved in stone. But in order to address, once and for all, the continuing scourge of economic inequality, we must first acknowledge the problem and take action, including reforming the secondary mortgage market, opening access to credit, and regulating mortgage servicing. Our failure to take these and similar steps will condemn us to a country in which our discriminatory past will continue to shape our future.