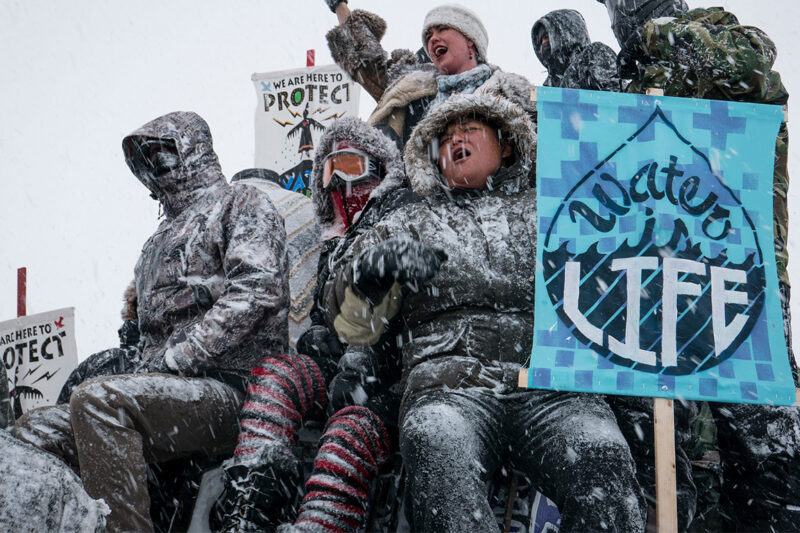 The federal government shutdown has stretched to more than 30 days with no clear end in sight, as President Trump continues to demand his border wall. The crisis has shaken the lives of everyday people across the country, from federal prisoners to low-wage government workers. But there is one especially vulnerable population in times like these: Native Americans.

Most Indian tribes have only recently begun to prosper economically after nearly three centuries of oppression and efforts by the federal government to annihilate them. They face two challenges that have particular application now: Many tribal members are poor, and many tribes are dependent on federal programs to provide basic services to their members. A government shutdown in a situation like that is devastating. One tribe has already warned that “people will die because of the shutdown.”

At least one-fourth of Native Americans live in poverty, the highest poverty rate of any racial group in the United States. On many reservations, unemployment exceeds 40 percent. Tens of thousands of Native Americans, both on and off the reservation, were having difficulty obtaining adequate food, shelter, clothing, and medical care before the shutdown. These problems have only gotten worse as the shutdown prevents federal funding — a major source of resources — from reaching the reservation.

As the National Congress of American Indians, the oldest, largest, and most representative tribal organization in the country, stated in a Jan. 10, 2019 letter to President Trump and congressional leaders, “Our communities rely on federal funding to administer key tribal government services, health care facilities, public safety, housing access, nutrition and food distribution programs, and social services,” and the shutdown “is destabilizing these programs,” causing “fear and anxiety” and personal hardship. Off-reservation tribal members are impacted as well. For instance, the Indian Health Service operates health clinics in urban areas to serve off-reservation tribal members and, as the NCAI letter states, these clinics are no longer receiving the funds they need.

Jean Harris, a mother of three who works part-time as an accountant at a health clinic, told National Public Radio recently how the shutdown has affected her and her family. Harris, a member of the Eastern Shoshone Tribe, typically receives several hundred dollars in royalty income on profits earned from the sale of tribal oil and gas on the Wind River Reservation, which helps her pay the rent and purchase food for her family. Now, however, the federal office issuing these payments is shuttered due to the shutdown. When asked what she plans to do, Harris said: “Right now, I’m just praying, and I’m just waiting for a miracle.”

On the Blackfeet Reservation in Montana, the tribal Business Council issued a memorandum stating that each day of the shutdown creates additional difficulties and risks. For instance, the Bureau of Indian Affairs (BIA) has furloughed so many workers on their reservation that only one operator and one snow plow remain for all the BIA roads on the reservation, and the tribe’s food distribution program now donates food to furloughed federal workers who have not been paid in weeks. “We must continue to help one another during times like this,” the letter states.

An Associated Press report earlier in the month found that federal funds to provide essential services on Indian reservations is “dwindling,” causing deep pain in tribal communities “where one person often supports an extended family.” Some tribal health and social services programs, tribal officials told the AP, “are on the brink of collapse” due to the shutdown.

The federal programs designed to assist tribes and tribal members, it should be remembered, are not gratuities. They are programs owed as a result of promises and guarantees made to Indian tribes in treaties, in which tribes agreed to accept federal support, assistance, and protection in exchange for relinquishing vast landholdings and a peaceful end to warfare.

As the NCAI letter pointedly states, “The shutdown breaks the treaty and trust obligations to tribal governments. . . .We urge the President and Congress to end this stalemate, fulfill their trust and treaty promises to tribal nations, and invest in the future for all Americans.”