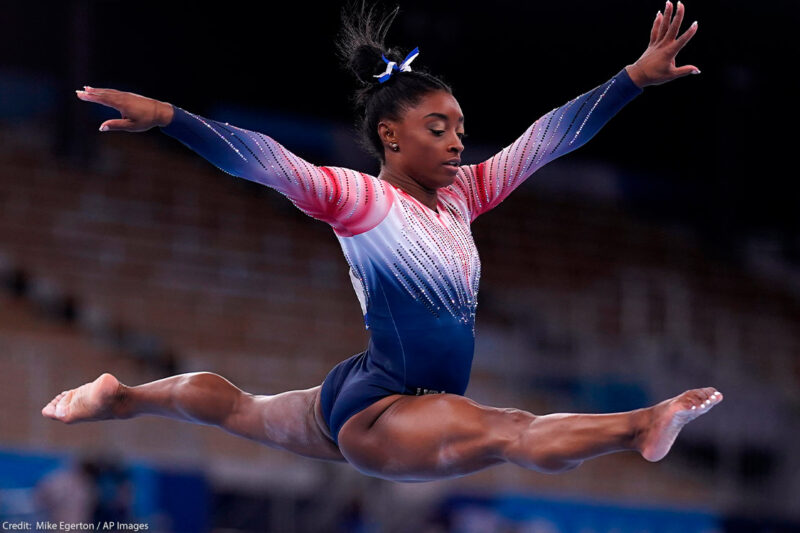 The Tokyo 2020 games keep making headlines for the wrong reasons — particularly the treatment of Black athletes.

Every four years, the Olympic Games showcase the best of the best. Athletes defy odds, break records, and achieve unimaginable feats. But this year, the games have consistently made headlines for the wrong reasons, particularly for the mistreatment and discrimination of Black women athletes. From Sha’Carri Richardson’s pre-Olympic suspension for smoking legal marijuana to the International Swimming Federation’s ban on swim caps designed for natural Black hair, Black women are the common denominator in many of these stories. These rigid stipulations speak to the rampant racism and misogyny within the athletic world that directly impacts how Black women perform on the playing field — or if they even have a spot on the field at all.

Namibian runners Christine Mboma and Beatrice Masilingi were barred from competing in this year’s women’s 400 meter race because of their natural testosterone levels, due to what has been referred to as the “Caster Semenya Rule.” Caster Semenya is a Black South African runner who was initially banned from running after the World Athletics governing body issued new rules in 2018 governing maximum testosterone levels to compete in certain races. Semenya was subjected to invasive gender verification testing and blood tests to determine her natural testosterone levels. Under the rules, Semenya and other women athletes who refuse to take medication to lower their naturally occurring testosterone levels are banned from competing in the 400 meter to 1 mile races. The idea that an athlete should conform to a testosterone level to compete is antithetical to how the Olympics celebrate exceptional levels of human achievement. Yet these notions are weaponized against Black women, who are told they’re “not woman enough” to compete.

Mental health has also been at the forefront of this year’s Olympics, specifically the disregard towards the mental health and wellbeing of Black women athletes. Athletes like Naomi Osaka and Simone Biles faced backlash for choosing to prioritize their mental health and protect their bodies first, even when no one else was willing to do so for them. Preceding her participation in this year’s Olympics, Osaka withdrew from Wimbledon to focus on her mental health, and Biles said she needed to take a step back from the Olympics for similar reasons.

Despite the many challenges Black women athletes face in the Olympics and beyond, there is hope in the fact that they’re speaking up, sharing their stories, and actively challenging these discriminatory rules and standards.

On this week’s episode of At Liberty, Ria Tabacco Mar, director of the ACLU’s Women’s Rights Project, discusses the various obstacles Black women athletes face in the Olympics both on and off the field, and how Black women across the country are making clear that they will no longer be pushed off the podium.

Listen to Episode 169 of ACLU's "At Liberty" Podcast Below:

Every two years the Olympic Games promise to be historic. Athletes defy odds, break records, and achieve feats unimaginable to most of us. But the ...