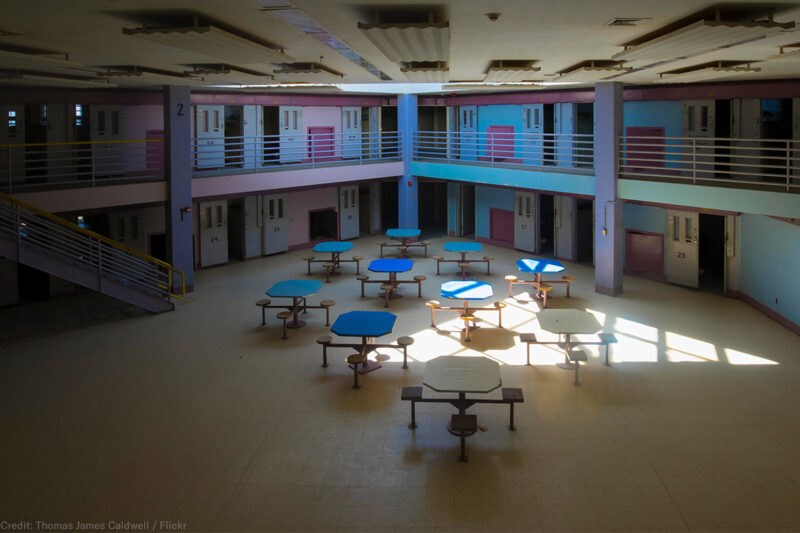 Twanda Marshinda Brown is a single mom in South Carolina who was supporting her children by working at Burger King. In 2016, a court in Lexington County fined her around $2,300 for two traffic offenses. The judge ordered her to make monthly payments of $100, even though she explained she could only afford to pay $50 a month while taking care of her family.

Brown managed to make five payments. But then her son was hospitalized and several paychecks from her employer bounced. Brown fell behind on payments, and sheriff’s deputies arrested her. Brown was told she had to pay more than $1,900 to avoid being booked in jail. She didn’t have the money.

Across the country, state and local governments are running modern-day debtors’ prisons that rip families apart because they cannot afford fines and fees owed to courts, including for traffic offenses and misdemeanors. For single mothers of color, who are far more likely to live in poverty, the consequences are nothing short of devastating. I represent four of these women, including Brown, in Brown v. Lexington County, South Carolina, the ACLU’s lawsuit against one of the most draconian debtors prisons we’ve ever seen.

In Lexington County, indigent people are jailed for weeks or months at a time when they simply cannot afford to pay court fines and fees without ever seeing a judge, being given a court hearing, or receiving help from a lawyer.

Brown didn’t have $1,900 as a single mother supporting her kids on a low wage job. Nationally, four in 10 adults cannot afford a $400 emergency expense, and women of color are more likely to be financially vulnerable than others. Not only is there a gender gap in poverty and income, but Black and Latina women experience higher poverty rates and lower wages than white women.

Through Brown and other initiatives, the ACLU is tackling the ways criminal justice practices harm of women of color due to the triple burden of gender, race, and financial vulnerability. Women are the fastest-rising demographic in jail and many mothers are separated from their children simply because they can’t afford bail before trial. Several states allow shackling incarcerated women while they are giving birth. Both mothers coming out of jail or prison as well as those sentenced only to pay fines and fees struggle to pay their debts to courts while providing for their families — leaving them vulnerable to collection practices that push poor people into debtors’ prison.

For Brown, the consequences of incarceration for poverty were heartbreaking. In her own words:

For 57 days, I was locked away in jail, away from my family. I cried every day. I prayed that my kids and grandkids would be okay. I could not be with my family when my cousin died. I could not be with them on my son’s 17th birthday or on my granddaughter’s first birthday. I lost my new job and the chance to get a promotion and a raise. I spent my 40th birthday in jail.

But even worse was the fear I had every day that my 13-year-old son would be taken away from me by the Department of Social Services. It made me feel sick to think that I could lose him while I was in jail because I could not afford to pay traffic fines.

Jailing someone because they cannot afford to pay court-imposed fines or fees is a direct violation of the Fourteenth Amendment, which promises due process and equal protection under the law. In addition to Brown, our plaintiffs include Cayeshia Johnson, Amy Marie Palacios, and Sasha Darby, all mothers of color seeking to hold Lexington County and three state officials responsible for the modern day debtors’ prison that separated them from their families and caused them to lose their jobs, pushing them into a cycle of debt and jail from which it is difficult to escape.

These mothers, and others, seek both policy reform and damages. Their lawsuit has already inspired change. Just months after it was filed, the chief justice of South Carolina’s court system issued a guidance to judges across that state that led to the recall of tens of thousands of arrest warrants of the type used to jail people unable to pay court fines and fees in Lexington County. Brown continues to be litigated to secure more comprehensive reforms to protect the constitutional rights of poor people against debtors’ prisons.

The Brown plaintiffs are advocating for a country where poverty isn’t penalized and where women of color — along with everyone else — are treated fairly by the legal system. Justice requires nothing less.