Student Debt is a Racial Justice Issue. Here’s What President Biden Can Do to Help. 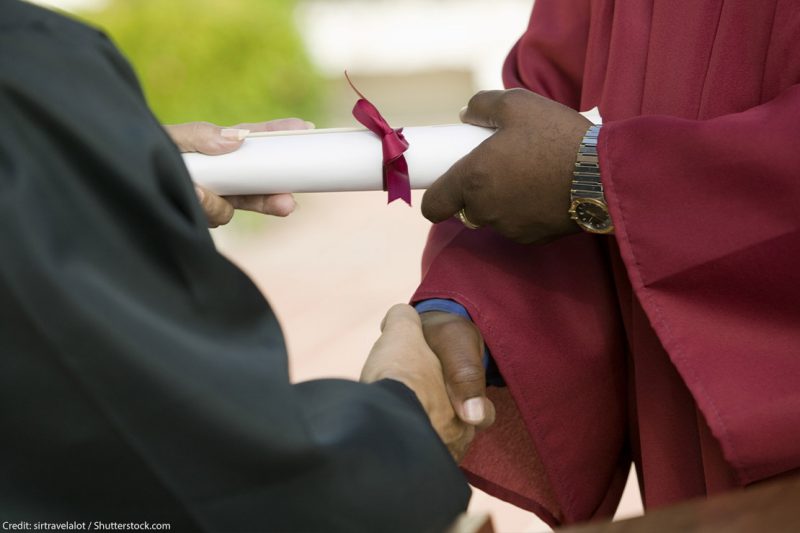 Canceling student debt is a critical step to closing the racial wealth gap and securing financial stability and economic mobility for Black and Brown borrowers.

Higher education has long been held as a critical gateway to getting a job and achieving economic stability and mobility. But because of long-standing systemic racial discrimination, Black families have far less wealth to draw on to pay for college, creating barriers for Black communities to access higher education and build wealth. Black families are more likely to borrow, to borrow more, and to have trouble in repayment. Two decades after taking out their student loans, the median Black borrower still owes 95 percent of their debt, whereas the median white borrower has paid off 94 percent of their debt.

Students of color pursue higher education in a social and economic system built on racist ideologies that is set up to work against them and perpetuate racial wealth and income and achievement gaps. To redress this systemic inequality, the ACLU, Center for Responsible Lending (CRL), and more than 300 other organizations are calling on the Biden-Harris administration and Secretary of Education Miguel Cardona to use their authority under the Higher Education Act to cancel $50,000 of student debt per borrower, and Congress must act as well.

To understand the systemic issues rooted in the student debt crisis, we must start with its history. Though we have normalized the idea that students must take on debt for college, historically students benefited from broad public investment in higher education. However, not all students benefited equally: Black students had little access to GI Bill benefits and, even a decade after Brown v. Board of Education (1954), predominately white institutions (PWIs) in many states resisted integration and equal treatment. Further, state and federal governments continued to inadequately and inequitably fund historically Black colleges and universities (HBCUs) despite the high-quality opportunities they provided and the critical function they performed for Black students and communities. This created and cemented the racial wealth and resource gap in institutions of higher education.

It was in this context that Congress and President Lyndon B. Johnson passed the Higher Education Act of 1965. Recognizing the value of broad higher education access, Johnson hoped the legislation would open the doors of opportunity to everyone, especially Black students and other students of color, through Pell Grants and other subsidies.

Yet by the end of the 20th century, just as Black and Brown students and women gained entry after decades-long legal battles and social struggles, reactionary policymakers shifted the significant costs of higher education from the public to individual families. What had been considered a public good when it was predominantly for white men, became a public burden to be shifted to families.

This shift away from public financing, which accelerated after the Great Recession, led to predictable and damaging results: Today the cost of higher education is beyond imagination. It is out of reach for most families, especially Black and Brown students, unless they agree to unsustainable debt. In effect, we are perpetuating the ugly legacy of redlining and housing discrimination by requiring the same Black families that were historically denied wealth to take on a greater debt burden than their white peers.

The student debt crisis is just one of the latest iterations in the long and shameful history of too many unkept promises to Black and Brown communities. This country didn’t keep its promise to give formerly enslaved people the land that they worked on to build wealth following the Civil War. Then from redlining, inaccessible GI benefits, and now the decreased value of college degrees, Black people have continuously had the roads to economic success blocked outright.

Canceling $50,000 in student debt can help secure financial stability and economic mobility for Black and Brown borrowers who are disproportionately burdened by this student debt crisis and the impacts of the racial wealth gap in this country. But even after graduation, Black and Latinx people face substantial job discrimination and earn far less than their white counterparts. This income gap makes building financial stability and managing student loan repayment even harder. A college education actually deepens the wealth gap due to the high costs and structural issues in our system. Yet, higher education is a necessity, not a luxury, for today’s workforce.

Due to these persisting inequalities, even with $50,000 cancelation per borrower, there will still be millions of borrowers with debt. That number will only grow unless we overhaul loan repayment altogether and create a debt-free college system. The Center for Responsible Learning argues that the federal government should improve repayment by: (1) clearing the books of bad debts, such as debts that have been in repayment for longer than 15 years; (2) restoring limitations on collections and making student debt dischargeable in bankruptcy; and (3) making repayment truly affordable and budget-conscious through a new income-driven repayment plan open to all borrowers. For new students, a new social contract could also double the Pell Grant and increase funding and support for HBCUs.

We have an opportunity to help millions of families realize their American Dreams, secure financial stability and economic mobility for Black and Brown families, and take a critical step toward closing the racial wealth gap. The charge is clear, the moment is here, and the time for action is now: The Biden administration must cancel $50,000 in student debt per borrower.