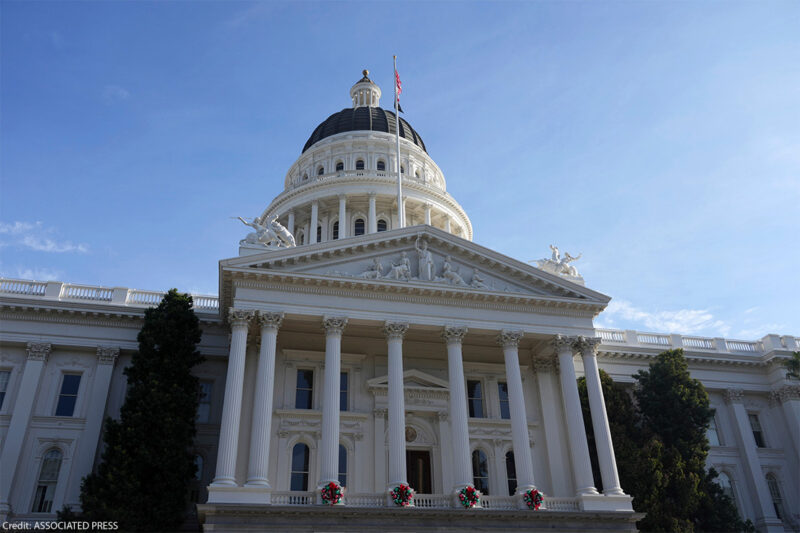 The landmark California Racial Justice Act is allowing our clients to challenge their death penalty prosecutions in Riverside County.

Long before I joined the ACLU, I was just a skinny brown kid who grew up in the “Inland Empire” — a region of Southern California that includes 52 cities spread across Riverside and San Bernardino Counties. Even when I’ve moved away at different points of my life, the Inland Empire has always been a place that I’ve called home.

However, my younger self could never have imagined that the same field I played club soccer on at Riverside Poly High School was used for a Ku Klux Klan recruitment and cross-burning event less than a century earlier. I was unaware that I attended my high school homecoming a few streets down from where “The Birth of a Nation” — a horribly racist film that glorified the lynchings of Black Americans — once hosted its world debut at the Loring Opera House. Even as of a few months ago, I didn’t know that Riverside’s Hall of Justice sits fewer than two miles from where Lowell Elementary School — which primarily educated Black and Latinx students — was firebombed and destroyed during desegregation protests in 1965.

These are facts I learned about my home as a legal fellow with the ACLU. I am part of a team of attorneys who are bringing the first challenge to death penalty prosecutions under the landmark law known as the California Racial Justice Act (CRJA). We represent two Black men, Russell Austin and Michael Mosby, each of whom face the death penalty in Riverside County — one of the most prolific death-sentencing counties in the nation. Today, a Riverside Superior Court judge will determine whether our two clients will receive an evidentiary hearing under the CRJA. At an evidentiary hearing, we will introduce evidence to prove that our clients received unequal treatment compared to white people with similar cases and will argue that they should therefore be deemed ineligible for the death penalty.

The CRJA has an ambitious goal: rooting out racism from the criminal legal system. This law allows defendants to challenge more surreptitious forms of implicit and institutional racism in their cases.

It’s important to underline just how significant the CRJA is. The Supreme Court decision in McCleskey v. Kemp closed off constitutional challenges that rely on showing the racist application of the death penalty. Instead, the court required a condemned person to prove that “the decisionmakers in his case acted with discriminatory purpose.” Otherwise, the court infamously said, a theory like Mr. McCleskey’s could open the entire criminal legal system to constitutional challenge for its racist operation. In his dissent, Justice William Brennan said such a concern exhibited a “fear of too much justice.” The CRJA takes direct aim at the court’s decision in McCleskey by allowing people to challenge racism in all forms — explicit, implicit, and structural — in the administration of the criminal legal system, without requiring them to take on the added burden of showing intent in their own cases.

At each step of prosecutorial decision-making in Riverside County, Black defendants are on average treated more harshly than any other racial or ethnic group. In fact, one analysis found that Black defendants in Riverside are approximately nine times more likely to have the prosecution seek death and 14 times more likely to have death sentences imposed against them than white defendants whose cases are similar. Just as significant is the way that Riverside prosecutors have avoided seeking death sentences in homicide cases with Black victims. Cases with Black victims are 61 percent less likely to result in a death sentence than cases with white victims.

The Past is Inseparable from the Present

Historical accounts show that proud members of the Ku Klux Klan (KKK) and KKK-endorsed candidates once dominated Riverside’s local law enforcement and government offices. In positions of immense local influence, local government officials reinforced institutional segregation and designed an intricate system of oppression that harmed non-white Riverside residents throughout the 20th century. Even once legally sanctioned segregation was in the rearview, segregation continued, and more covert forms of racial and discrimination persisted in Riverside.

From the mid- to late-20th centuries, law enforcement raids brought terror into Black neighborhoods in Riverside. Even over the last few decades, Riverside law enforcement officials have faced several national controversies for killing and assaulting Black and Latinx people. The Riverside County District Attorney’s Office has time and again demonstrated an unwillingness to protect the lives of people of color by failing to seek criminal prosecutions of county officers for shooting unarmed victims.

Today, the Inland Empire’s law enforcement and criminal legal systems — which remain sources of immense distrust for many Black residents — disproportionately impose the death penalty against Black people. California’s death row population — the largest in the country — includes 127 people sentenced to death in Riverside and San Bernardino counties. Nearly three quarters of those were people of color, including 43 Black people (roughly 34 percent).

We can’t tell an honest story about the Inland Empire — and we can’t understand how our criminal legal system operates — unless we include the violence and discrimination suffered by Black, Latinx, Asian, and Indigenous people here.

If the far-reaching potential impact of the CRJA is to be realized, our courts must acknowledge that no form of racism, overt or covert, is legally acceptable. People in the Inland Empire — Mr. Austin and Mr. Mosby included — deserve an accessible legal system that takes responsibility for our society’s past failures and advances the creative solutions of the CRJA to build a more just, equitable future. Our legal system and its actors cannot be afraid of too much justice.