Why Childhood Obesity is a Civil Rights Issue 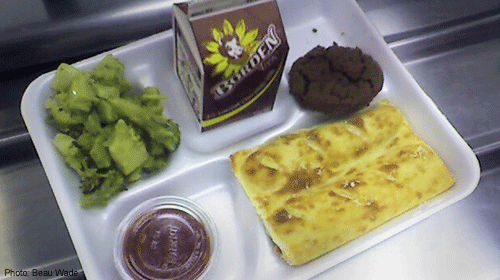 Last week, a New York State appeals court panel appeared to take all the fizzle out of New York City’s ban on large sugary drinks, which had been overruled by a lower court judge in March. While the future of the ban remains unclear, one thing is certain: the debate in New York City is drawing attention to the skyrocketing national rate of obesity. In the last 30 years, the rate of obesity among children has more than doubled and, among adolescents, it has more than tripled. Today, more than one third of all children and adolescents are obese. New York City’s position on large sugary drinks was one attempt to resolve these very serious issues caused by several factors. Last week’s arguments highlight the difficulty of addressing just one of these factors in isolation; instead, a comprehensive policy is needed to combat the structural causes of American children’s ill health.

Public health implicates civil rights. A joint report by the ACLU and New York Law School revealed that 23.5 million Americans live in “food deserts”—communities with “no access or severely limited regular access to healthy and affordable food.” Over half of these people are low-income. While Americans of all races and backgrounds find themselves trapped far from healthy food sources, the problem is anything but colorblind. Since African-American and Hispanics are three times more likely to grow up in poverty, they are likely to live in food deserts. As a result, they are also disproportionately likely to suffer from the health problems associated with a lack of access to healthy food. The federal government has recognized that children growing up in these communities deserve access to nutritional meals, but there’s doubt about whether federal health programs go nearly far enough to meet the problem.

One key federal effort, the National School Lunch Program, was created 65 years ago to meet the nutritional needs of low-income children, and it today it feeds lunch to some 30 million school children, either for free or at a reduced cost. The National Center for Education Statistics reports that during the 2010-2011 school year, 20% of public school students nation-wide attended a high-poverty school where students qualified for free or reduced lunches. During the same year, the NCES further adds that 41% of Black students and 38% of Hispanic students qualified for these lunches, as compared to 6.2% of their White counterparts. Given that many of these students live in food deserts, they depend on school lunches as their primary source of nutrition.

Despite the NSLP’s laudable goals, there’s an obvious fork in the road between simply ensuring that all kids receive a lunch, and providing them a lunch that’s actually nutritious. A recent study by the University of Illinois at Chicago confirms that where school lunches do not meet USDA nutritional guidelines, rates of obesity are higher among children consuming free or reduced meals. In recent years, critics of the USDA’s nutritional guidelines for school lunches have argued that they contribute to the prevalence of childhood obesity, particularly among poor children and children of color. While others question just how much a school can alter eating habits that may form when children are very young, more attention to the nutritional content of school lunches has proven effective in reducing obesity among low-income students.

Regardless of whether the soda ban survives the legal challenge, childhood obesity remains a serious problem, particularly for communities of color. Greater attention to the food we provide our children in school will be part of the answer, but, like so many civil rights and racial justice issues in the twenty-first century, the issue stands at the intersection of multiple policies and social forces. Solving it will require both a holistic approach and a deep sense of urgency.