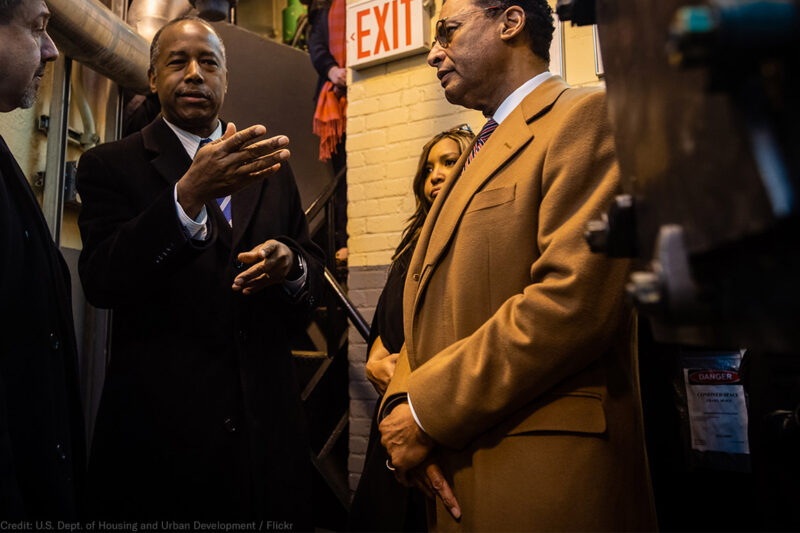 According to the Trump administration, the answer is no. In a memo reported by The Washington Post last week, the administration has placed in its cross hairs a civil rights enforcement tool that has for decades been used to counter discriminatory actions when a bias motive is not obvious.

Federal civil rights laws protect against discrimination on the basis of race, national origin, religion, sex, disability, and age. Many of these laws were first enacted in the 1960s to prohibit overt discrimination — like restaurants and stores that openly refused to serve Black customers — in housing, employment, and education that not long before had been sanctioned by government. Even at that time, Congress recognized that discriminatory motives could also be easily disguised and that our country’s long history of discrimination made it easy to perpetuate inequality without much thought.

For these reasons, civil rights laws incorporate disparate-impact liability, which focuses on consequences, not just motives. Ever since, disparate impact liability has been a vital tool in advancing equality. In 2014, Justice Kennedy remarked on the role of disparate impact in Texas DHCA v. Inclusive Communities: “It permits plaintiffs to counteract unconscious prejudices and disguised animus that escape easy classification as disparate treatment. In this way disparate-impact liability may prevent [discrimination] that might otherwise result from covert and illicit stereotyping.”

How does disparate impact liability work?

Disparate impact liability has advanced civil rights in many areas. In the housing sector, disparate impact suits have invalidated housing restrictions that arbitrarily and unfairly exclude people of color from certain neighborhoods, perpetuating segregation. For example, in the wake of Hurricane Katrina, St. Bernard Parish blocked the construction of affordable, multi-family housing and restricted housing rentals to blood relatives in an area that was roughly 88 percent white and 7 percent Black.

For no good reason, these actions made it harder for Black people to live in the area. Disparate impact analysis was applied to challenge and invalidate these acts. Disparate impact has also been applied to address unfair housing eviction policies that disadvantage women when they report experiencing domestic violence in their home.

The Department of Education recently rescinded guidance on school discipline, suggesting that they will no longer enforce disparate impact liability. In many cases, investigating disparities in school discipline also reveals evidence of disparate treatment, and the department is considerably narrowing its enforcement authority by refusing to seriously examine these cases.

But even where intent is not evident, discipline policies that have an unnecessary disparate impact deny students an equal educational opportunity. For example, the rescinded Department of Education guidance from 2014 gave an example of a school policy that assigned discipline consequences for truancy. In the example, Asian-American students are disproportionately disciplined because they tend to live farther away and are dependent on public transit, which often gets them to school late. The school, in its defense, asserts a legitimate goal of encouraging good attendance.

Under a disparate impact analysis, the investigation would then consider whether the policy was reasonably likely to achieve the goal of reducing tardiness and whether there are available alternatives, like aligning class and bus schedules or excusing tardiness due to bus delays, that would further good attendance without producing a disparate impact. In scenarios such as this, removing unfair and unnecessary barriers to education furthers equal opportunity. Ignoring them creates an unequal playing field for some schoolchildren. To the detriment of our nation’s schoolchildren, however, the Education Department will no longer be doing these analyses.

The availability of disparate impact is also important for challenging emerging forms of discrimination. In the age of big data, employers, lenders, insurers and others have increasing access to data about us — things like where you shop, whether you just got married, whether you are interested in products for Black hair. Access to this data makes it easier to differentiate and target groups and easier to produce disparate impacts, affecting whether you see a job advertisement, how much you are charged for health insurance, or whether you are marketed a loan with high-risk terms. Thinking about disparate impacts is critical to ensuring that advances in technology don’t expand inequality and segregation.

The attack on disparate impact is the latest in a series of Trump administration assaults on civil rights. No matter how far the administration attempts to cut protections, discrimination continues to be a real problem in America. The federal government, charged with protecting civil rights, should be doing more, not less to advance equality.