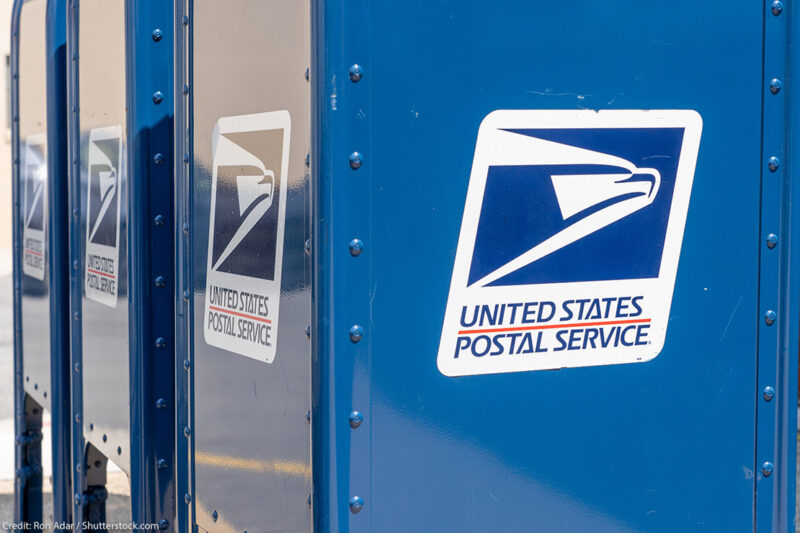 Roughly 50 percent of Black families do not have access to affordable financial services. The post office can close that gap.

Across America, banks are disappearing, leaving behind their most vulnerable customers, many of whom are Black and low-income. Since 2013, more than 11,000 additional bank branches have shuttered. And the trend is only accelerating. Some analysts expect as many as 20,000 additional branch closures in the immediate aftermath of the COVID pandemic. Branches in majority-Black areas, in particular, were roughly 50 percent more likely to close than those in the rest of America. As a result, 63 percent of majority-Black census tracts do not have an active bank branch; 17 percent of Black Americans are unbanked; and 30 percent of Black Americans are underbanked.

With bank branches closing at an accelerating rate, we can expect the number of unbanked Americans to grow, particularly Black Americans, as well as the fees they pay. Black consumers, like low income consumers generally, are prime candidates to be exploited by the payday loan industry. “The average unbanked family with an annual income of around $25,000 will spend about $2,400 per year, almost 10 percent of its income, on financial transactions,” writes Mehrsa Baradaran in How the Other Half Banks. “This is more than these families spend on food.” Over the course of a 30-year working career, being unbanked can cost the median Black family more than $86,000 in fees, representing twice their annual income.

But America is not without recourse. We believe postal banking provides a cure to what ails our most vulnerable communities. According to the Postal Service’s Office of the Inspector General, the 2006 Postal Accountability and Enhancement Act authorizes the agency to expand beyond money orders to other affordable services, including payroll check cashing, domestic money transfers, and bill payment. This is not a new or radical idea. A Pew survey from 2014 found that 81 percent of people who placed money orders stated that they would cash their checks at the Post Office; 79 percent would pay their bills; 71 percent would access small dollar loans; and 59 percent would utilize a reloadable prepaid card.

There is a post office in every zip code in America, including the 59 percent of zip codes that currently lack a bank branch. A substantial number of the un- and under-banked rely on their local post office for money orders, which are offered at a low cost. The Post Office is prepared to meet the unbanked where they already are.

If this sounds far-fetched, consider that postal banking actually existed in the U.S. for the majority of the 20th century. Established in 1911, the Post Office offered a total savings cap at $2,500 (about $44,000 today). At its height, the Post Office held roughly 10 percent of all commercial banking. Postal banking ended in the late 1960s, largely because the American economy was expanding and the civil rights movement signaled greater inclusivity. However, the end of postal banking only led to further economic exclusion, especially for poor, rural, and BIPOC communities. Prior to the mid-1970s, check-cashing was a fringe institution that existed in only a few urban areas. But throughout the 1980s, check-cashing and payday lenders rapidly expanded across the country, growing into a $100 billion industry concentrated in counties with higher-than-average poverty rates, lower incomes, and relatively large populations of non-U.S. citizens and single parents.

And they did not come to save the poor. The average payday loan is $375 and requires an average of $500 to $600 in interest and fees. If the payday loan is insufficient, the borrower may have to rely on collateral. According to Baradaran, if they use a car as collateral, on average, they will pay $2,142 in interest on a $951 title loan. If they must resort to a pawn shop, they’ll likely receive about 20 to 30 percent of the value of the item. All of this usually happens after they have been denied for mainstream credit from a bank or other “more reputable” lender.

If that was too many numbers to follow, just watch John Oliver’s explainer on payday lending.

We expect these trends to continue as banks continue to disappear. Already, there are more payday lender storefronts and alternative financial service businesses in America than Starbucks or McDonalds. They are overwhelmingly located in banking deserts and minority neighborhoods where systemic racism has left concentrated poverty and negative wealth.

The Post Office has the largest retail footprint in the world, so it is primed to provide a solution to this growing crisis. Those essential financial services would cut into the market share of the payday lending industry and save American families, particularly Black families, thousands of dollars. That is why the ACLU is fighting for postal banking. In 2020, the Postal Service demonstrated its capacity to support free and fair elections at scale. In 2021, it should be allowed to demonstrate its capacity to help the most vulnerable communities make ends meet at a fair and affordable price.