A Mississippi City Blocked a Proposed Mosque Due to Anti-Muslim Prejudice. We’re Suing. 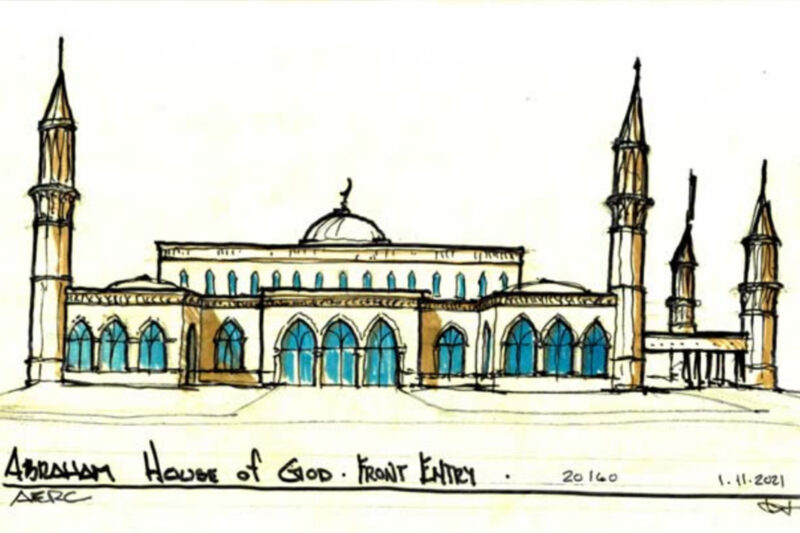 A city official warned that “if you let them build it, they will come.”

There are 13 churches in Horn Lake, Mississippi. But there are no mosques, and there never will be if city officials get their way. Earlier this year, the city’s Planning Commission and Board of Aldermen denied site-plan approval for the Abraham House of God mosque, even though the property for the proposed mosque is zoned for houses of worship and the city’s own staff determined that the application met or exceeded all requirements. One Alderman ominously warned, “if you let them build it, they will come,” exhorting his fellow board members to “stop it before it gets here.”

This type of bigotry has no place in our government. It violates the law, so the ACLU and the ACLU of Mississippi, along with the law firm Simpson Thacher & Bartlett LLP, filed a federal lawsuit against the city today. Brought on behalf of Abraham House of God and its co-founders, the lawsuit asserts that Horn Lake officials violated the First Amendment and the federal Religious Land Use and Institutionalized Persons Act, which provides heightened legal protections for houses of worship in local zoning proceedings.

Not only is there no mosque in Horn Lake, but there is no mosque within all of DeSoto County (the third largest Mississippi county by population) where Horn Lake sits. Without a local mosque, Muslim residents of the Horn Lake region, including our clients Riyadh Elkhayyat and Maher Abuirshaid and their families, must travel 35 to 40 minutes each way, across state lines, to worship communally at a mosque in neighboring Tennessee. It’s a significant hardship on their ability to practice their faith. For example, Friday is the Muslim holy day; it is observed during Friday afternoon worship services. But the families are often unable to attend these services because of the distance they must travel to reach the Tennessee mosque. More generally, because there is no local mosque, Muslim residents in the area have been unable to establish a local congregation to enjoy the type of spiritual bonds and close support system with their neighbors that a local church or other house of worship typically helps facilitate.

Wanting better for themselves and their families, Mr. Elkhayyat and Mr. Abuirshaid felt a religious calling to open a mosque closer to home. They established the Abraham House of God as a non-profit religious organization; purchased a piece of Horn Lake property already zoned for houses of worship; hired an architect and engineering firm to design the mosque; and submitted all the required paperwork to the city.

Unfortunately, the anti-Muslim backlash was immediate. After one planning commission meeting, one person told Mr. Elkhayyat and Mr. Abuirshaid that they would only be allowed to build a mosque “over our dead bodies.” At another meeting, one resident asserted that, as Muslims, Mr. Elkhayyat and Mr. Abuirshaid “are not subject to our laws, they’re subject to their laws.” Though city staff reported that the site plan application met or exceeded all requirements, the commission voted against it, offering no reason except “majority rules.” The “majority” that ruled was presumably the anti-Muslim group of residents that had gathered at the meeting.

The mosque appealed the planning commission’s decision to the Horn Lake Board of Aldermen. That meeting, too, was packed with an audience opposed to the house of worship. During the meeting, board members asserted that the mosque would violate local noise ordinances because of speakers announcing the call to prayer. In fact, the design plans did not include any outdoor speakers, and Mr. Elkhayyat repeatedly told the board there would be none. Board members also claimed that the mosque would create traffic hazards. But that wasn’t true. Finally, one board member contended that the city water mains would not provide adequate water pressure for a sprinkler system for the mosque. There was no evidence to support his claim, and there are various methods for ensuring that the mosque has adequate protection against fires.

All three excuses that the board cited for shutting down the mosque project were pretexts meant to distract from the only true reason the Board offered: the fear that, “if you build it, they will come.” Then-Alderman John Jones, who made the anti-Muslim comment during the board’s hearing, later raged, “I don’t care what they say, their religion says they can lie or do anything to the Jews or gentiles because we’re not Muslims.” And, in case there was any doubt that anti-Muslim prejudice was at the heart of the city’s actions, a few days later, another alderman, Charlie Roberts, admitted that the board had “stepped over the line” by discriminating against the mosque, Mr. Elkhayyat, and Mr. Abuirshaid “because they’re Muslims.”

Roberts, who voted against the site plan but had a change of heart after visiting a mosque in Memphis, called Mr. Elkhayyat to apologize for the board’s bigotry. He also texted a message to Mr. Elkhayyat: “M-Muslims D-Deserve W-Worship.” We could not agree more. Sadly, this is not the only instance of local government officials discriminating against mosques. We will do everything in our power to vindicate our clients’ rights and ensure that Muslims in the Horn Lake area can worship at the Abraham House of God as soon as possible.