In Alabama, a Muslim Man Was Denied the Presence of His Imam During His Execution 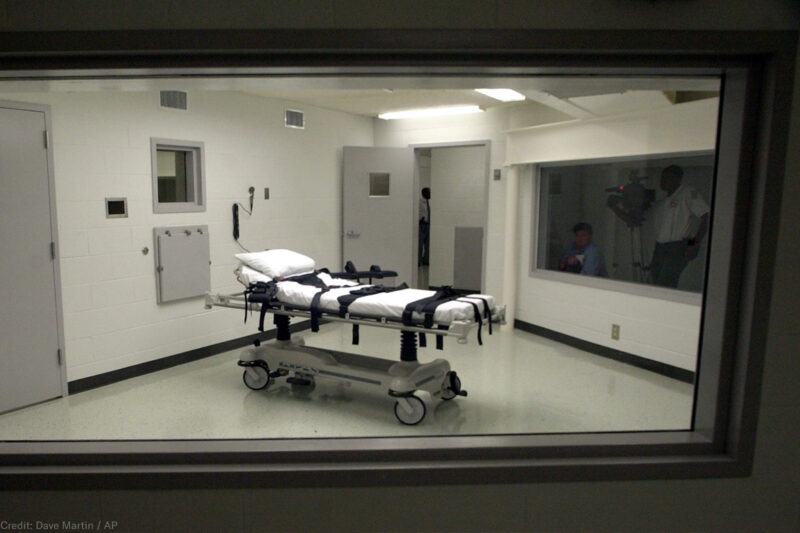 His last words were a proclamation of his Muslim faith in Arabic. But Ray’s imam was missing from the room, despite Ray’s repeated requests to the state for his imam’s presence. In the days leading up to his death, Ray was also denied access to a Quran, though the state ultimately complied with an order to provide the holy text.

Less than two hours before Ray was executed, the Supreme Court narrowly decided to allow the execution to proceed without his religious advisor in the chamber. This ruling was handed down despite the fact that Christian prisoners are routinely accompanied by chaplains during their final moments. In fact, as the BBC reported, the “Alabama Department of Corrections (ADOC) employs a Christian chaplain who has been in the execution room for nearly every execution since 1997.”

The vote was 5-4 along party lines. In her dissenting opinion, Justice Elena Kagan described the decision as “profoundly wrong,” writing:

“Under [the state’s] policy, a Christian prisoner may have a minister of his own faith accompany him into the execution chamber to say his last rites. But if an inmate practices a different religion — whether Islam, Judaism, or any other — he may not die with a minister of his own faith by his side. That treatment goes against the Establishment Clause’s core principle of denominational neutrality. Here, Ray has put forward a powerful claim that his religious rights will be violated at the moment the State puts him to death. The Eleventh Circuit wanted to hear that claim in full. Instead, this Court short-circuits that ordinary process — and itself rejects the claim with little briefing and no argument — just so the State can meet its preferred execution date.”

Ray was denied his religious liberty because he is a member of a minority faith, Islam, that has faced considerable hostility and discrimination in recent years. The court ultimately prioritized purported scheduling procedures at the expense of his civil rights at a time in which he was most vulnerable, while the ADOC prioritized one religion over another.

The state of Alabama has a constitutional responsibility to preserve the dignity and equality of the people it puts to death. The state failed that test last night with five justices of the Supreme Court approving its decision.