An Arizona Prison Forcibly Shaved a Sikh Man’s Beard. This is a Violation of Religious Freedom. 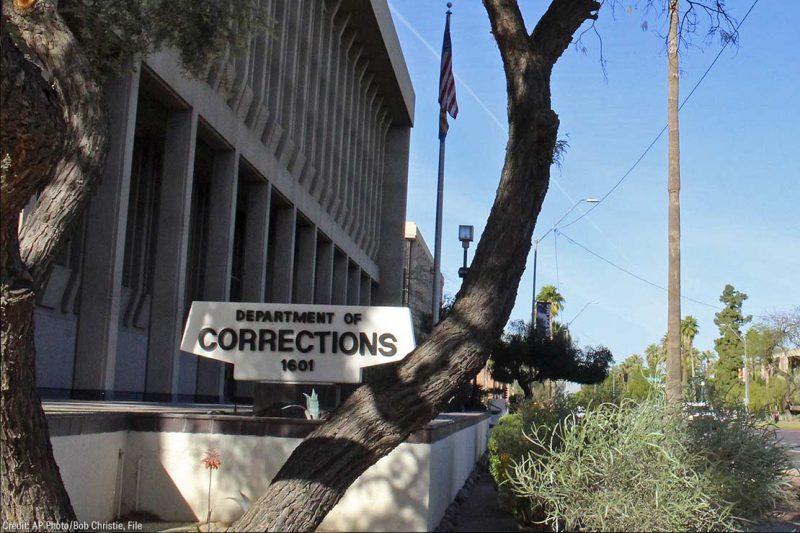 The Department of Justice must step in to protect incarcerated individuals’ right to exercise their faith.

Until last year, Surjit Singh’s beard had never been trimmed or cut. A devout Sikh, Mr. Singh believes that hair is a divine gift and removing it from the body dishonors God. But in a shocking incident last August, correctional officers processing Mr. Singh’s intake at an Arizona prison restrained him and shaved off his beard entirely despite his protests that it would violate his deeply held religious beliefs and despite the fact that federal law protects incarcerated individuals’ ability to exercise their faith. Today, along with the ACLU of Arizona, the Sikh Coalition, and the law firm WilmerHale, we filed a complaint with the Department of Justice, urging the department to investigate the Arizona Department of Corrections, Rehabilitation and Reentry (ADCRR) for its egregious infringement of Mr. Singh’s religious freedom rights.

When Mr. Singh entered an ADCRR facility last year, prison officials trampled his religious beliefs at every turn. First, they confiscated his turban, only providing him with a replacement months later after his attorneys arranged for material to be sent to him. Then, claiming they needed a beardless identification photo, correctional officers handcuffed Mr. Singh to a chair and forcibly shaved him, even as he cried that he would rather have his throat cut than his beard. And after his beard grew back beyond the one-inch permitted under prison rules, officials continued to harass him by threatening to shave him again. They did not relent until Mr. Singh’s legal team intervened.

Maintaining body hair unshorn is a common Sikh practice — an article of faith known as kesh. In addition to his long hair tied under a turban, Mr. Singh’s beard signifies his commitment to the Sikh religion, especially the faith’s highest ideals of love and service to humanity. The Rehat Maryada, an important religious text, explicitly forbids cutting or shaving any body hair for initiated Sikhs. Nevertheless, no one let Mr. Singh apply for a religious accommodation to avoid being shaved.

In fact, there appears to be no process in place for people incarcerated in Arizona prisons to seek a religious exemption from the rules governing beards, even though many prison systems across the country, including the federal Bureau of Prisons, permit incarcerated people to wear beards of any length. There is no reason that the ADCRR can’t do the same. Moreover, the ADCRR rule that incarcerated people be clean-shaven in identification photos already exempts individuals who suffer from certain skin conditions that are aggravated by shaving. At a minimum, granting Mr. Singh a similar exemption at intake would not have caused any harm, especially because — thanks to advances in computer technology — a computer-generated image could have provided the ADCRR with a clean-shaven photo.

The Religious Land Use and Institutionalized Persons Act (RLUIPA), a federal law enacted in 2000, provides heightened protections for incarcerated individuals’ religious exercise precisely because they are more vulnerable to unfair and unnecessary restrictions on their religious practices. In this situation, RLUIPA required prison officials to give Mr. Singh a religious accommodation during intake so that he could continue practicing his faith uninterrupted.

Ultimately, after significant pressure from Mr. Singh’s legal team, the ADCRR granted him a permanent religious accommodation for his beard. However, officials denied the appalling nature of their earlier conduct, downplaying what happened to Mr. Singh as a mere “miscommunication.” More importantly, they refused to adopt policies to ensure that others incarcerated within the ADCRR would not be similarly mistreated and would have the opportunity to request a religious accommodation instead of being forcibly shaved.

That’s simply not good enough. The ADCRR has an affirmative legal obligation to protect individuals’ ability to practice their faith while incarcerated. It has failed to live up to that responsibility. We hope that, in investigating Mr. Singh’s traumatic experience, the DOJ will take whatever measures are necessary to force the ADCRR to enact systemic change, comply with the law, and respect incarcerated individuals’ religious liberty.