Can the Wall Between Church and State Survive Brett Kavanaugh? 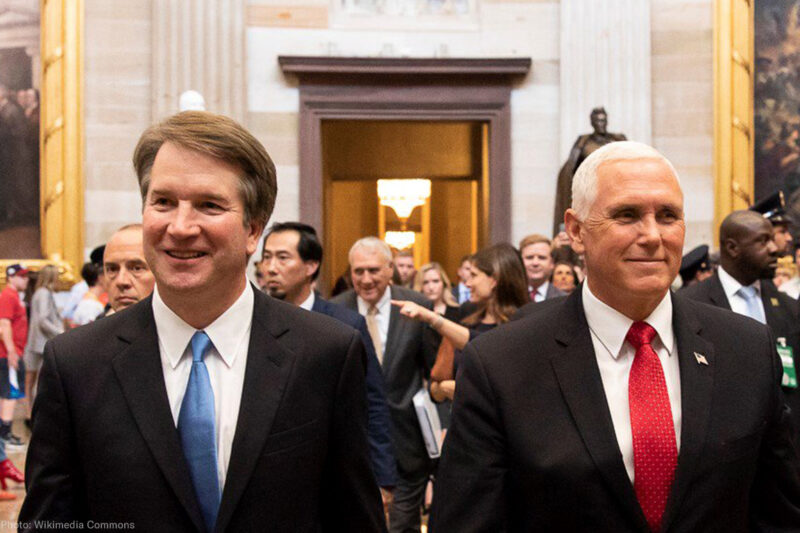 Public schools are educational institutions, not temples of religious indoctrination. For over half a century, the Supreme Court has thus recognized that the Constitution prohibits public schools from imposing prayer on children and that religious education is the province of parents and religious communities, not government bureaucrats.

On Wednesday, Supreme Court nominee Brett Kavanaugh, however, strongly suggested that he disagrees and that, if confirmed, he will vote to weaken the separation of church and state in public schools. Although the ACLU neither endorses nor opposes Supreme Court nominees, we do have an obligation to analyze Kavanaugh’s judicial record on areas that impact core civil liberties and civil rights.

During the second day of Kavanaugh’s confirmation hearings, Sen. John Cornyn (R-Texas) questioned Kavanaugh about the Supreme Court’s 2000 decision in Santa Fe Independent School District v. Doe, a case brought by the ACLU on behalf of Texas public-school students. In a 6-3 ruling, the court held in Santa Fe that the school could not cede its loudspeaker system to students, who would then deliver prayers at the start of football games.

Cornyn and Kavanaugh have a special interest in the case. Then the attorney general of Texas, Cornyn argued the case before the Supreme Court. Kavanaugh helped him prepare for the oral argument and separately wrote a friend-of-the-court brief on behalf of two congressmen, supporting the school district.

In the brief, Kavanaugh argued that the school district had created a platform for student speech before football games and was thus constitutionally required to allow students to impose prayer on their classmates. The Supreme Court rejected this reasoning, ruling that the school had not created a neutral forum open to myriad student speakers but, instead, had effectively manipulated the situation from the start to ensure that a prayer would be given at each game. Because those prayers took place at a school event, over the public-address system, and with the school’s involvement, the court concluded that students would easily perceive them as being “stamped” with the “school’s seal of approval.”

The court also noted that, even if the school had established a neutral forum for speech, it would not necessarily shield the school from scrutiny under the Establishment Clause principles that govern the separation of church and state. That makes sense with respect to situations like the one in Santa Fe because many students would feel significant peer pressure to participate in such prayers or face ridicule and ostracism. As the court explained, the First Amendment forbids public schools from exacting this type of “religious conformity from a student as the price of joining her classmates at a varsity football game.”

In discussing Santa Fe yesterday, Cornyn read from Justice Rehnquist’s dissent and insisted that the ruling was somehow hostile to religion. Kavanaugh did not disagree, which is not surprising, given his professed admiration for Justice Rehnquist as a “judicial hero.” Indeed, his amicus brief in Santa Fe went even further, proclaiming that a decision in favor of our student clients and their families would pave the path toward a “the full extermination of private religious speech from the public schools” and an “Orwellian world.”

An attorney’s words written on behalf of clients don’t necessarily reflect his or her personal views, but in a confirmation hearing that has been sorely lacking in transparency, Kavanaugh made crystal clear that he agrees with what he wrote nearly two decades ago.

Both he and Cornyn announced that the decision still sticks in their craws. And, responding to Cornyn’s claim that Santa Fe was hostile to religion, Kavanaugh pointed to subsequent Supreme Court decisions like Trinity Lutheran Church v. Comer, Town of Greece v. Galloway, and Good News Club v. Milford Central School District, as “developments since [Santa Fe] in terms of religious equality and religious liberty that are important.”

Those three cases have one thing in common: They each watered down protections for the separation of church and state.

Regardless, these cases should have no bearing on Santa Fe’s continuing validity. That Kavanaugh believes otherwise is troubling, to say the least. Nothing in the decisions suggests that the government may use school-attendance laws to corral children into public schools and then forcibly subject them to prayer at any and all school events just because the prayer happens to be delivered by their peers rather than their teachers. That would be Orwellian.

But that is exactly what could — and likely will — happen if Kavanaugh’s view were to prevail. Public-school students could be subjected to prayer during every school event, from school-day assemblies to football games to awards ceremonies and, yes, even in the classroom, so long as the school purports to set up a “forum” for speech.

Make no mistake, contrary to Kavanaugh’s prediction in his amicus brief two decades ago, public-school students have broad religious-expression rights, which we do not hesitate to defend. The right to engage in voluntary prayer and religious expression in public schools, however, does not and should not include the right to create captive student audiences or to compel other students to participate.

We’ve seen what happens when public-school officials allow prayer to be imposed on children like our clients in Santa Fe: Students who don’t follow the same religious beliefs as many of their peers feel immense pressure to participate, and those who resist that pressure often end up being ostracized from their school community and beyond. This is at odds with public schools’ mandate to serve all students, including students of every faith and those of none. And it can’t be reconciled with the Supreme Court’s longstanding precedent governing the separation of church and state in our schools.

Based on Kavanaugh’s testimony yesterday, if he’s confirmed, we’ll need a Hail Mary to prevent that precedent from being severely undermined or worse — overturned.