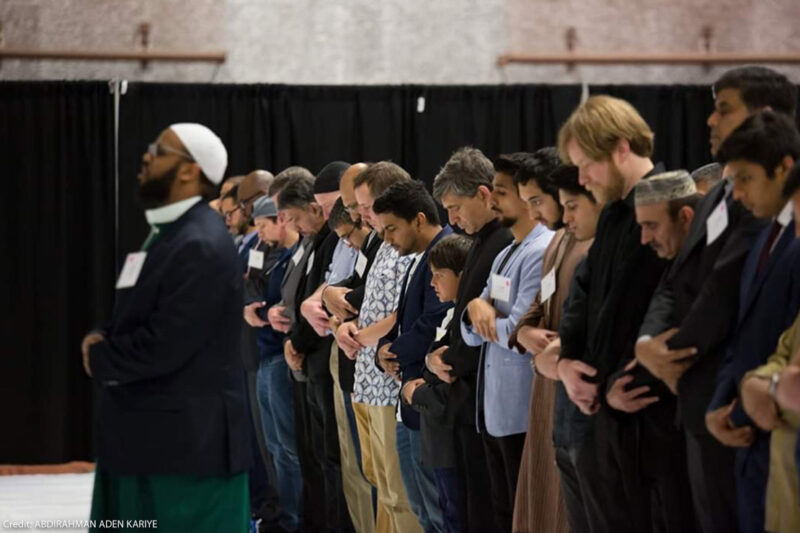 We’re suing CBP to stop border officers from questioning our Muslim clients about their religious beliefs, practices, and associations.

Following a long flight home to the United States from a vacation in Turkey, Abdirahman Aden Kariye, an imam at a mosque in Bloomington, Minnesota, was met at the jet bridge by two U.S. Customs and Border Protection (CBP) officers. They pulled him away from the mass of other travelers and took him to a small, windowless room, where he would sit for the next several hours. The officers took his belongings, including his phone. They asked him questions about his travels, whom he saw, and what he did during his vacation. As he answered, an officer scribbled notes in a notepad. Then the questions turned even more personal.

“What type of Muslim are you?”

“Are you Salafi or Sufi?”

“What type of Islamic lectures do you give?”

“Where did you study Islam?”

The CBP officers’ questions made Imam Kariye, a U.S. citizen, feel that he was being treated as some kind of suspect, even though he knew he had done nothing wrong. Indeed, the officers’ questions sent a clear message: The U.S. government believes that there is something inherently suspect about Islamic religious beliefs and practices. The officers treated him like an outsider even as he was returning home to his own country.

By asking Imam Kariye these questions, the CBP officers crossed the important constitutional line that separates religion and government. They violated one of the foundational principles of our democracy — enshrined in the Constitution — that the government may not single out followers of one faith for disfavor or target individuals for differential treatment because of their religious status. Personal religious beliefs and practices are supposed to be free from government discrimination and unwarranted government prying.

Unfortunately, over the last two decades, the ACLU and other advocacy organizations have heard countless stories of Americans who were stopped at the border and questioned about their religious beliefs and practices. The travelers subjected to this religious questioning all have one thing in common: They are Muslim. Armed federal officers take them aside and ask them questions like those asked of Imam Kariye, as well as questions like, “Do you attend mosque?” “Which mosque do you attend?” and “How many times a day do you pray?”

We have not heard stories of CBP officers asking other travelers, “What kind of Christian are you?” or “Do you go to church every Sunday?” And we have not heard accounts of non-Muslim religious leaders being questioned about the contents of their sermons or their religious training. Invasive religious questioning is targeted at Muslims — a clear violation of the constitutional rights to equal protection and religious freedom.

Imam Kariye is a proud Muslim and is unapologetic about his faith. However, because of CBP’s scrutiny and religious questioning, Imam Kariye cannot fully practice and express his faith in the way that he otherwise would while traveling. Normally, for instance, he wears a religious headdress, called a kufi, as a symbol of his Muslim identity. But at airports and the border, he now takes his kufi off. He no longer carries a Quran when he travels, and he typically avoids kneeling and bowing down in prayer at airports and the border. He removes visible signs of his Islamic faith as a cautionary measure to avoid additional CBP scrutiny and unconstitutional questioning.

No one should feel pressured to hide their faith at our nation’s borders. That is why we are representing Imam Kariye and two other Muslim Americans in a lawsuit filed this week against CBP. We are seeking a court order barring CBP from asking our clients about their religious beliefs, practices, and associations, and declaring that CBP’s targeting of Muslims for religious questioning violates the Constitution. Muslims have a constitutional right to equal protection under the law and cannot be singled out for differential treatment. And all people have a right to practice their religion in peace and privacy, free from unwarranted government scrutiny.