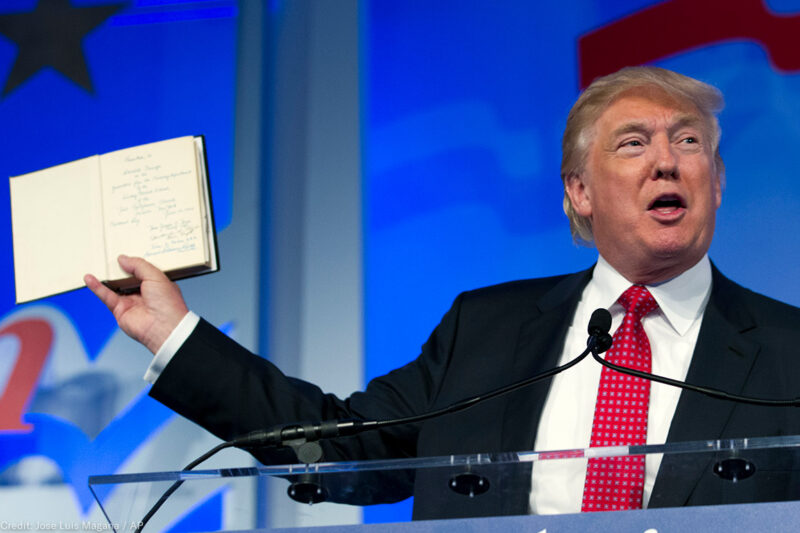 President Trump may be the world’s most renowned fan of building walls, but there’s at least one wall he loathes: the wall of separation between church and state. From the Muslim ban to his so-called “religious freedom” executive order, Trump and his theocratic supporters have pushed laws and policies aimed at demolishing the First Amendment’s protections against government promotion of religion and favoritism of particular faiths. And now, he’s targeting church-state separation in our public schools.

After Fox News aired a segment on “[b]ringing the Bible back to the classroom” on Monday morning, President Trump tweeted, “Numerous states introducing Bible Literacy classes, giving students the option of studying the Bible. Starting to make a turn back? Great!”

For example, an ACLU investigation last year of elective Bible classes in Kentucky public schools uncovered course materials instructing students to “[d]o your best to build close relationships with other Christians, so that you may help one another through tough times,” and asking them, “What are some promises in the Bible that God gives everyone who believes in him?” In the same school district, students watched devotional and proselytizing films, such as “God’s Not Dead 2” and “The Five People You Meet in Heaven” as part of the curriculum. And in other school districts, class assignments included memorizing and reciting Bible verses.

As our Kentucky investigation made clear, courses focusing on one faith or religious text create conditions ripe for proselytizing and official promotion of religious beliefs. No matter what President Trump says, students are the ones who pay the price. That’s why many courts have ruled that such classes, as implemented, violate the Constitution.

We’ve successfully challenged Bible courses in court before. We won’t hesitate to do it again if public schools cross the line.