Paying the Price for Defending Religious Freedom in South Carolina 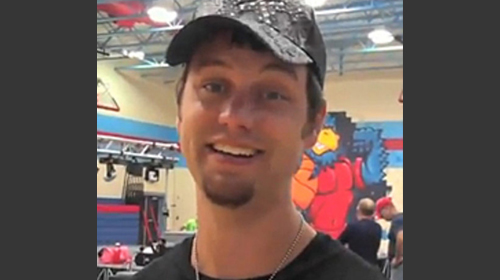 “What’s the harm?” That is the question we are often asked when the ACLU steps in to stop public school officials from including official prayer in school events and proselytizing students. It was a question posed by many community members in the Chesterfield County School District when we filed a lawsuit on behalf of middle school student Jordan Anderson after the district invited Christian rapper B-SHOC and a youth minister to evangelize students during a school-day assembly and continued to subject to students to a variety of other religious practices.

A recent Florence News article following up with Jordan and his family answers that question with heartrending clarity: When school officials insist on promoting a particular faith, it is students themselves and their families who suffer, especially those who don’t share the religious beliefs favored by school officials. Jordan, for example, was subjected day in and day out to an overtly religious environment, fostered largely by school officials. Although he was a non-believer, he was forced to profess a belief in God as punishment for minor infractions of school rules, such as forgetting his uniform belt. He was harassed by classmates and school officials who tried to convert him and denigrated his beliefs.

When Jordan and his family could take it no longer and summoned the courage to stand up for their rights, like many plaintiffs in Establishment Clause cases, they faced even more hardship. They were harassed at their home and even received death threats. They suspect that their dogs may have been poisoned in retaliation for their participation in the lawsuit. Even now, Jordan’s dad, Jon, has a hard time finding work. He’s been told bluntly that it is because of his religious beliefs, or lack thereof. And Jordan worries that some teachers treat him more harshly since the lawsuit.

Many people seem to think it’s a victimless “crime” when the government violates the separation of church and state guaranteed by the First Amendment. Some even argue that promoting government-sponsored prayer and religion in public schools benefits students and families. But if the existence of an official state religion and the government’s imposition of religious beliefs were so harmless, our Founding Fathers would have seen no need to include the Establishment Clause in the First Amendment. Indeed, if government-imposed religion were no big deal, the earliest colonial settlers would not have risked life and limb to migrate to this land where religious freedom now thrives. And if official prayer and proselytizing in public schools doesn’t hurt anyone, then why are the Andersons feeling so much pain?

Being branded as outcasts and unwelcome in your community to the point where you can’t get work, your life is threatened, and you consider leaving town – simply because you don’t follow the same faith as others and don’t want to be treated as second-class citizens – is a steep price to pay in the name of religious freedom. Jordan and his family deserve better.