Why Are So Many Indigenous People in Montana Incarcerated? 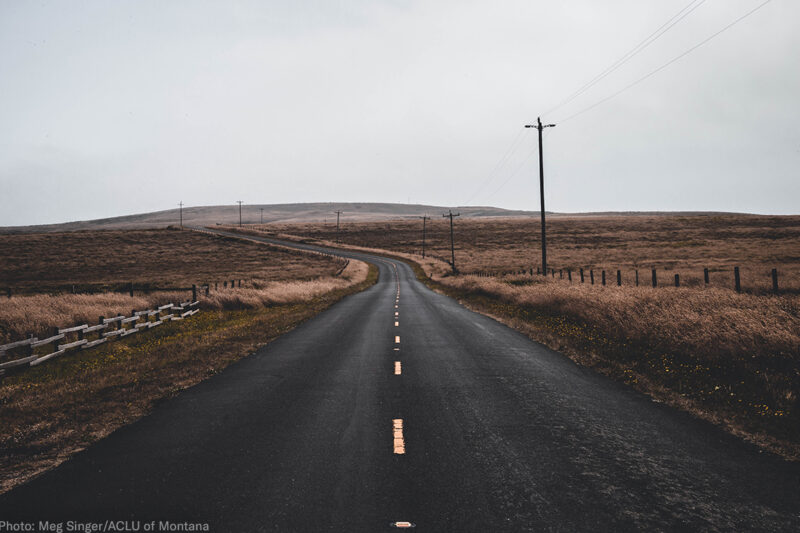 Indigenous people have suffered several centuries of injustice at the hands of the United States government. In Montana, the injustices continue, particularly when it comes to the scourge of mass incarceration.

Most Indigenous people incarcerated in Montana are not going to prison for a new crime but rather for a violation of their probation or parole conditions. These violations can include failure to enroll in or finish substance abuse treatment, failure to check in with supervision officers, or drug or alcohol use.

Over the past year, the ACLU investigated why Indigenous people in Montana are placed in custody at such an alarming rate when they are unable to comply with community supervision requirements. The data we analyzed and published on Monday shows that Indigenous people in Montana are not only overrepresented in Montana prisons and arrests for probation or parole violations, but they are also more likely than white Montanans to be sent to prison for those violations.

Read the report, “Set Up to Fail: Montana’s Probation and Parole Systems”

We found that meeting supervision conditions is almost impossible for Indigenous people in Montana given the lack of basic services on and near tribal lands and discrimination Indigenous people face from police, probation officers, and in accessing state services. Probation and parole, rather than helping people avoid incarceration and productively return to their communities, has become a trap for many Indigenous people.

For people living on the edge of poverty and trying to rebuild their lives, the costs and logistics of community supervision can be crippling. In Montana, home to 13 federally recognized tribes on seven reservations with few services on site, Indigenous people may have to travel 60 miles to check in with their probation officer or take a necessary class — all at their own expense. One Indigenous man noted that the stress of getting to check-ins and complying with all the supervision conditions is amplified by the knowledge that failure could result in prison. “You are constantly walking on eggshells trying not to mess up,” he told us, “and that stress makes people slip.”

Many Indigenous people we interviewed struggled with drug and alcohol addiction or mental health conditions — sometimes a combination of the two. Getting adequate treatment is a precondition to success because people who are not sober have difficulty meeting the rest of their reentry obligations, getting a job, a place to live, showing up on time at check-ins. However, finding treatment programs was almost impossible given its cost and scarcity on reservations. One tribal policymaker told us there are no treatment services on her reservation and no transit system available to take people to urban areas for treatment. The costs of these programs and other supervision conditions — for example, getting to a check-in, taking a drug test, staying in a work release program — are the responsibility of the individual on supervision.

One Indigenous woman said she desperately wanted to attend the required treatment programming but without transportation and childcare, it was impossible. “My daughter was sick for five months and she couldn’t go to daycare,” she said, “and then my mom was sick and couldn’t help me with [my baby] so I got pulled and put back in jail because I couldn’t make it to treatment.”

The shortage of affordable housing on and off tribal lands also makes compliance with supervision rules extremely difficult, and few people are able to secure housing before they return to the community. Several people told us they were homeless upon release and wished there had been more time and flexibility in the probation system to get set up and meet the probation conditions. As one tribal caseworker observed, “How can you go find a job when you are stressed trying to find a place to sleep that night?”

But beyond the lack of basic services and assistance in the community, many Indigenous people told us that their incarceration felt inevitable given blatant discrimination against Indigenous people in the criminal justice system. Given the way that Montana’s parole system seems to punish them rather than serving as a rehabilitative tool, it’s easy to see why they would feel the system is set up to entrap them.