In Colorado, Freedom Should Mean Freedom for Everyone 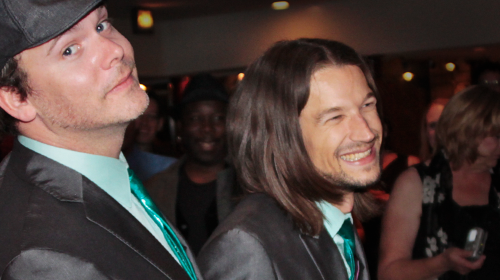 It’s an old tradition that a year after a couple’s wedding, they eat a slice of their wedding cake.

Almost two years after getting married, sitting in court listening to legal debate about whether a bakery was allowed to discriminate against me and my husband because of the owner’s religious beliefs.

This, of course, is not a hypothetical.

In July 2012, I went with my then husband-to-be Dave and my mom to Masterpiece Cakeshop in Lakewood, Colorado, to order a cake for our wedding reception. Because same-sex marriage wasn’t – and still isn’t – legal in Colorado, we planned to get married in Massachusetts and then have a reception in Colorado, where we live. Before we even told the shop owner what kind of cake we wanted, he told us that because of his religious beliefs, he didn’t make cakes for same-sex couples’ weddings.

Dave and I ended up getting a fantastic wedding cake, baked by another baker who was horrified by the way we were treated at Masterpiece. But the reason we decided to speak out, to file a complaint with the Colorado Civil Rights Division, and to end up in court today is about more than just a cake. It’s about making sure that Masterpiece and other businesses don’t discriminate against customers because of who they are.

I’ve learned that what’s allowed in Colorado is very clear: Long-standing state law prohibits public accommodations, including businesses like Masterpiece Cakeshop, from refusing service on classes such as race, sex, marital status or sexual orientation. Last year, an administrative judge ruled that the cakeshop had violated the law when it discriminated against my husband and me.

Tomorrow the full Civil Rights Commission will meet to either affirm or reverse that opinion. We hope they make a stand for equality and send a clear message to all Colorado businesses that freedom means freedom for all.