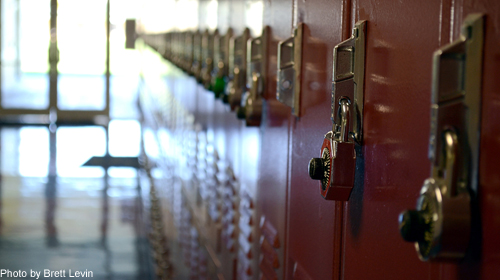 The ACLU filed an appeal brief last Friday in its lawsuit against a Louisiana school district that segregates students by sex. The ACLU is representing two girls who attend the Rene A. Rost Middle School in Vermilion Parish School District in Kaplan, Louisiana. Two weeks before classes were to begin last fall, the mother of our clients learned that the school would be segregating the students by sex in all of the core curriculum classes in all grades in the school.

We contacted the school board on the girls’ behalf, informing the board that it was illegal to segregate students by sex, particularly because the school did not even offer a coeducational option. The school responded that it would offer a coeducational class, but when the school year began, we learned that the only classes that were not sex-segregated were special education classes, which the school never planned to segregate. Apparently the principal’s belief that students would be better served by segregated classes didn’t apply to students with special education needs.

We filed a lawsuit against the school board and sought a preliminary injunction to stop the school from segregating students by sex. Unfortunately the district court denied our request. Although the court noted that the sex-segregation program was flawed, had been wrongfully implemented and was based on “extremely flawed” data, it found that the school did not intend to harm the students and refused to issue a preliminary injunction, but did require substantial modifications to the program. It limited the number of sex segregated classes in each grade to two (one for each sex) and required that parents be informed that students with IEPs will be accommodated in both coeducational and sex-segregated classes. However, these changes, although a definite improvement for the students of Rost Middle School, are insufficient given that there was simply no basis for any sex segregation at the school.

Referring to the data that the principal used to sell the program as “extremely flawed” is generous at best. During the 2008-2009 school year, the principal, with the approval of the school board, conducted an experiment on eighth grade students to prove his beliefs that segregating students based on sex would improve student performance. He put all of the students in coeducational classes for the first 12 weeks of the school year, and then, without seeking consent from parents, switched most of the students to sex-segregated classes for math and English for the next 12 weeks. He gave the math and English teachers materials authored by sex-segregation advocates to help them learn “gender specific” teaching strategies. At the end of the school year, the principal proclaimed the experiment a success, saying that grades increased during the period of sex segregation. Based on this purported success, the school board adopted sex-segregation for the entire school for the 2009-2010 school year. But it appears that math was not the principal’s best subject. A review of the actual student records shows that actual academic performance as measured by test results and report card grades declined for the students during the period of sex segregation, and there was no positive impact on student behavior.

In the appeal brief filed Friday, we are asking the federal appeals court to reverse the district court and order the school to stop segregating students by sex. Title IX of the Education Amendments of 1972, better known for its impact on increasing the number of girls participating in school sports, makes it perfectly clear that students can’t be excluded from participating in any education programs or activities because of their sex, yet that’s exactly what is happening at Rene A. Rost Middle School. In addition, the Supreme Court has said that the Equal Protection Clause of the United States Constitution requires an entity such as a public school board to have an extremely persuasive justification for separating students by sex, and the principal’s faulty experiment cannot satisfy that requirement. Most important, sex segregation, like race segregation, disserves both boys and girls. Boys’ and girls’ brains are not dramatically different, and to generalize about student ability or learning style based on sex is to do no more than promote harmful stereotypes and limit the individual development of each child. Moreover, as Katie Schwartzman, Legal Director of the ACLU of Louisiana said, “Boys and girls will be less prepared to succeed in the world if they do not socialize, compete and collaborate with members of the opposite sex in school. Real life is not separated by sex any more than it is separated by race or religion.”