Firing a Mom Because She's Breastfeeding Is Sex Discrimination 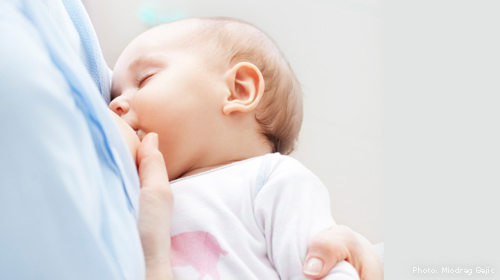 A few months ago, I posted about Angela Ames, the Nationwide Insurance worker who alleged that she was denied a place to pump breast milk when she returned to work from maternity leave. When she protested, Angela was coerced into resigning by her supervisor, who told her she should “just go home and be with your babies”.

In January, the Supreme Court sent her the same message – go home ­– rejecting her petition for a review of the dismissal of her case. The denial of her petition effectively means the end of the line for her case.

The courts dismissed Angela’s case saying that she didn’t take sufficient steps to complain internally before writing her letter of resignation – even though her own supervisor was the one who handed her the pen and dictated what to write – and therefore, she wasn’t really fired. The courts found it irrelevant that Angela was supposed to take these additional steps while engorged and waiting for a pumping room that her employer told her wouldn’t be available for several days.

The trial court also held, nonsensically, that even if Angela had been fired because she was breastfeeding that was not sex discrimination, in part because men can lactate under certain circumstances.

It’s certainly important to acknowledge that some men (including some trans men) can and do lactate. But it should also be self-evident that firing someone because they are breastfeeding is still a form of sex discrimination, and one that is all-too-frequently experienced by new mothers. The court’s reasoning in this case echoes old Supreme Court pronouncements that discriminating against pregnant women at work isn’t sex discrimination because both men and women can be non-pregnant. Congress long ago rejected this ridiculous reasoning when it passed the Pregnancy Discrimination Act. It’s disheartening to see it resurface again.

Perhaps most shockingly, in Angela’s case the trial court also found that the “just go home and be with your babies” comment was gender-neutral. As the ACLU and 11 other organizations argued in a brief supporting Angela’s appeal, that comment reflects exactly the type of sex stereotype – that women will be less committed to their work after having children, or that they belong at home taking care of the children – that the federal law prohibiting sex discrimination in employment was aimed at eradicating.

Angela’s case shines a harsh light on the multi-layered workings of structural discrimination: Workplace policies that don’t make space for the realities of pregnancy and motherhood, employers’ entrenched sex stereotypes and implicit bias, and courts that – despite decades’ old legal protections – still manage to turn a blind eye to the pervasive discrimination faced every day by working women.