Half-Baked Complaint Alleges Discrimination Where There is None 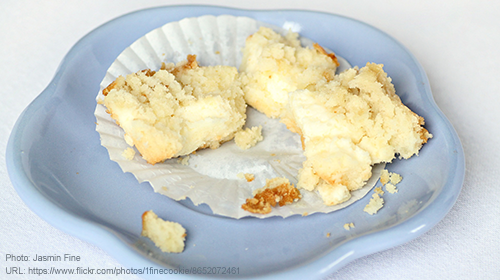 When Christian educator Bill Jack ordered a cake last year from Azucar, a Denver bakery, he had a special decoration request for owner Marjorie Silva. He wanted the cake to say “God Hates Gays” with a drawing to match. Silva refused, and now she’s facing a half-baked complaint from Jack alleging he was the victim of religious discrimination.

Jack and others are touting this as equivalent to what happened at Masterpiece Cakeshop in 2012, and they are pointing to both cases as reasons to support laws allowing businesses to discriminate against gay couples. As you have likely heard by now, Masterpiece owner Jack Phillips turned away gay couple Charlie Craig and David Mullins from shopping for wedding cakes, citing his faith as the reason. The couple filed a discrimination complaint and the ACLU stepped in to represent them. An administrative judge and then the Colorado Civil Rights Commission ruled that yes, they had suffered illegal discrimination. Masterpiece and Phillips are now appealing that decision.

It’s true that both stories lend themselves to headlines including the words “gay,” “Christian,” and “discrimination,” not to mention the very popular word “cake.” But these situations are quite different when you look beyond the headlines.

Silva made a good-faith effort to work with Jack when he presented himself as a customer. She had no problem with making a cake in the shape of a Bible, even offering to make him a blank one and provide the DIY decorating tools he would need to add the words and images that he was asking for. It’s not as though she was trying to offer a different, less extensive menu to Christian customers. Phillips, on the other hand, was unwilling to even talk about design options with Craig and Mullins. Jack said he would make them a birthday cake or some brownies, but the wedding cake they came in for? No dice.

Further, Silva declined to fulfill a cake “order” because the order went beyond her standards of offensiveness. Her issue was with the design, not who was trying to order it or what they planned to do with it. And nondiscrimination laws have nothing to say about business owners’ standards of taste, as long as they apply across the board to all customers.

Phillips, on the other hand, freely admits that it was Masterpiece Cakeshop’s long-standing policy to sell wedding cakes for opposite-sex couples and refuse to sell them for same-sex couples. Craig and Mullins did not even get to explain to Phillips what their dream wedding cake might have looked like before he rejected their business. Thus, Phillips has been found in violation of Colorado law and ordered to end his previous practice of sexual orientation discrimination, but it’s highly unlikely the complaint against Silva will go anywhere since he wasn’t turned away because of who he is.

Businesses often have standards and policies related to the products they will stock, the services they will provide, or the orders they will fill, and nothing in Colorado law prohibits that. But setting a storewide neutral policy that applies to all customers is very different from refusing service because of who the customer is. And that crucial difference is why Jack’s new claim of “discrimination” shouldn’t lead anyone to support a law that would allow businesses to discriminate against gay customers.