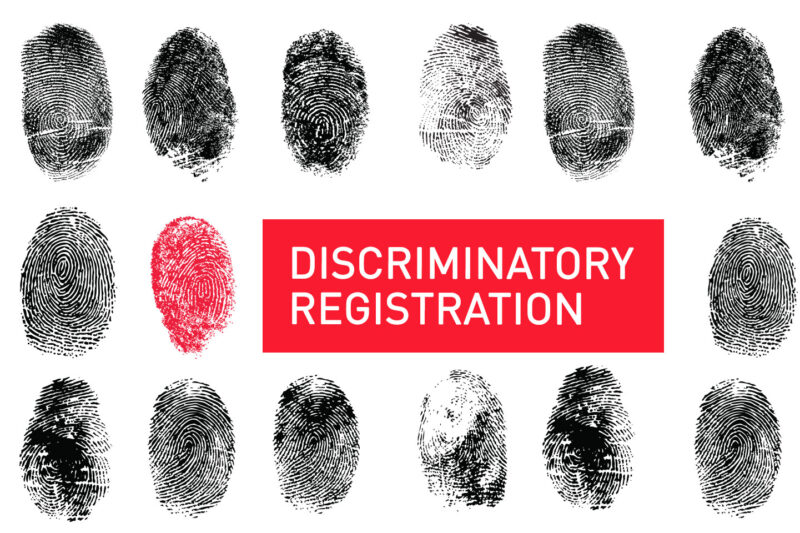 Zero for 83,000. That was the government’s terrorism conviction record resulting from several preventive immigration measures that targeted citizens of principally Arab- and Muslim-majority nations. At the heart of these efforts stood the National Security Entry-Exit Registration System or NSEERS.

Last Thursday, the Department of Homeland Security (DHS) made a long-overdue announcement indefinitely suspending NSEERS, which singled out immigrant men and boys from designated countries for extraordinary registration requirements with DHS, ranging from an extra half-hour of screening on arrival, through tracking of whereabouts while in the United States, to limitations on points of departure. Repeatedly condemned by the United Nations’ Committee on the Elimination of Racial Discrimination, NSEERS mandated ethnic profiling on a scale not seen in the United States since Japanese-American internment during World War II and the “Operation Wetback” deportations to Mexico of 1954. Former Immigration and Naturalization Service (INS) Commissioner James Ziglar was right in his appraisal of NSEERS, which the ACLU opposed from day one. Ziglar described NSEERS as a “disruption in our relationships with immigrant communities and countries that we needed help from” after 9/11, and lamented that it “caused us to use resources in the field that could have been much better deployed.”

Although NSEERS was conceived as a program to prevent terrorist attacks, among the tens of thousands of people forced to register, the government did not achieve a single terrorism-related conviction. NSEERS proved completely ineffective as a counterterrorism tool while failing to give proper notice to many of its targets and often violating their right to counsel. This led to the deportations of thousands of men and boys from Arab- and Muslim-majority countries for civil immigration violations that were frequently based simply on a failure to understand NSEERS’ arcane rules.

Consider the case of Imad Daou, a 31-year-old Lebanese national who came to the United States lawfully in June 2003, traveling abroad for the first time. He enrolled in graduate studies at Texas A&M International University, specializing in information systems. Daou was a top student and became engaged to a Mexican-American MBA classmate. Returning from a visit to Mexico to see his fiancée’s family, Daou was detained for two months and subsequently deported for his failure to register under NSEERS.

In addition to creating a labyrinth of misunderstood rules, the government made mistakes in its enforcement of NSEERS. Abdulameer Yousef Habeeb, a refugee from Iraq, was lawfully admitted to the United States after suffering imprisonment and torture by Saddam Hussein’s regime. Habeeb was on a train from Seattle to Washington, D.C., to start a new life when Border Patrol agents singled him out for questioning without any individualized suspicion. As a refugee, Habeeb was not required to register with NSEERS, but when he showed the border agents his refugee documentation, the agents insisted—incorrectly—that he was in violation of NSEERS’ registration requirements. Detained for a week, Habeeb lost his job. Habeeb was terrified of being returned to Iraq, yet the government stubbornly continued deportation proceedings for six weeks. Ultimately, after the ACLU filed suit, Habeeb won an apology from the government stating: “[T]he United States of America acknowledges that, by not registering under NSEERS, you did nothing wrong [and] regrets the mistake.”

While the ACLU applauds DHS’s announcement suspending NSEERS, it is only a first step. Discriminatory enforcement is illegitimate and its effects must be corrected. Yet DHS’s suspension of the NSEERS program didn’t even merit a posting on DHS’s website, much less a plan to communicate with those harmed by NSEERS. Tellingly, DHS justified NSEERS’ suspension only on efficiency grounds, stating that all NSEERS information is now collected from other sources, and completely glossed over the program’s civil liberties costs. DHS chose merely to delist designated countries, leaving the door open for renewed registration in the future. The dormant NSEERS regulations therefore now stand as an agency equivalent to the Supreme Court’s Korematsu decision upholding Japanese-American internment during World War II, which also remains on the books.

The federal government should promptly take every available step to reverse adverse immigration consequences that resulted for individuals because of NSEERS, including wrongful deportations and denied benefits. The failed NSEERS program has rightly been suspended at long last, but not before it inflicted misery upon tens of thousands and weakened the United States’ commitment to the principles of equality and due process. DHS must now work to remedy these injustices and avoid repeating them in its other enforcement initiatives.