If the Government Gets Its Way, the Future Pablo Nerudas of the World Could Be Barred From the US 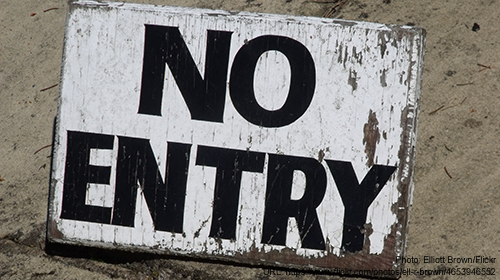 In a case currently pending before the Supreme Court, the government is arguing that courts should not be able to decide if the executive branch followed the law in denying a visa to a non-citizen seeking to enter the United States — even if the visa denial affects the constitutional right of a U.S. citizen.

This week, the ACLU filed an amicus brief highlighting the dangers of giving the government unchecked authority to exclude any foreign citizen for any reason.

The case involves a visa application by an American citizen who seeks to have her noncitizen husband join her in the United States. We don’t agree with the government’s claim that American citizens have no constitutional right to live with their spouses in the United States. But we focused our brief on the government’s even more extreme argument that courts have no role to play in the visa denial context, even if American’s constitutional rights are at stake.

If the Supreme Court accepts this extreme argument in Kerry v. Din, that could do major damage to Americans’ First Amendment right to hear from foreign speakers whose views the government disfavors.

Our amicus brief explains that, as the Supreme Court has long recognized, “the right to receive ideas is a necessary predicate to the recipient’s meaningful exercise of his own rights of speech, press, and political freedom.”

“Ideological exclusion” is the name for a government policy that keeps Americans from meeting with foreign speakers whose opinions the government dislikes. It has long been discredited — but still occasionally persists. It was used as a political tool during the Cold War, when the State Department sought to deny visas to some of the world’s leading writers and artists who, the government thought, might be sympathetic to Communism or other “subversive” viewpoints.

Although Congress eventually came around to rejecting ideological exclusion, the government has occasionally tried to get away with censoring speech by keeping out disfavored foreign speakers. Republican and Democratic administrations alike have denied visas to critics of their policies, often asserting that the foreign speaker is being excluded because she or he poses risks to American national security. That was not just the case during the Cold War, when the government attempted to bar prominent peace activists like Hortensia Allende and Nino Pasti from speaking to American audiences on spurious security grounds. It was also the case during the Bush years, when the administration attempted to use unfounded terrorism-related grounds to exclude prominent Muslim scholars like Professor Tariq Ramadan, who now teaches at Oxford University. And most recently, the Obama administration repeatedly subjected Kerim Yildiz, a leading advocate for Kurdish human rights, to lengthy and unexplained visa delays until the ACLU brought attention to his case.

When the government has tried to censor speech by barring foreign speakers, the ACLU has for decades used litigation and advocacy to ensure that the government abides by the law and the Constitution. Now, in the context of an immigration case, the government is asking the Supreme Court to turn back the clock on judicial review. We hope the Supreme Court does not accept the government’s expansive arguments. If it does, Americans could lose an essential tool for preserving our own First Amendment freedoms.