The Role of Chief Justice 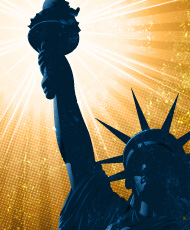 Since George Washington’s election as the nation’s first president in 1788, there have been a total of 43 presidents but only 16 chief justices. The longest served for 34 years, the shortest served for less than one year. Six have resigned, nine died in office, and one was an unconfirmed recess appointment.

The Supreme Court is often colloquially referred to by the name of the chief justice – for example, the Rehnquist Court or the Warren Court. Not every chief justice has provided the intellectual or political leadership that this naming tradition implies. But many have played a critical role in the history of the nation and our understanding of the Supreme Court’s role in our constitutional system.

John Marshall (1801-1835) established the principle that courts could declare Acts of Congress unconstitutional and that Congress had broad authority to decide what laws were “necessary and proper” to exercise the specific legislative powers described in the Constitution. Roger Taney (1836-64) will forever be remembered as the author of the Dred Scott decision, which held that slaves could not become citizens and helped precipitate the Civil War. Earl Warren (1953-1969) helped to heal those wounds almost a century later when he guided the Supreme Court to a unanimous decision in Brown v. Board of Education, announcing that “separate educational facilities are inherently unequal.”

The position did not always command the respect that it now carries. John Jay, the first chief justice, was unenthusiastic about the job because he regarded the job (and the Supreme Court) as politically powerless. He apparently did not change his view after accepting the job because he left after only 6 years to resume a diplomatic career that he considered both more interesting and important. In stark contrast, William Howard Taft served as chief justice after having served as President of the United States.

The chief justice is also the administrative head of the entire federal judiciary. Indeed, his official title is Chief Justice of the United States (not Chief Justice of the United States Supreme Court, as many people erroneously assume). His duties in this regard were summarized in a recent New York Times article as follows: “The chief justice presides over a corps of some 2,000 federal judges, including 1,200 with life tenure and the rest, including magistrate and bankruptcy judges, who serve for fixed terms. The judicial branch includes a staff of 30,000, with the chief justice picking the most important central administrators, and runs on an annual budget of $5.4 billion. The chief justice also picks the members of important policy-making judicial committees and of specialized courts, including the 11-member Foreign Intelligence Surveillance Act Court, which issues special national security surveillance warrants. In addition, the chief justice leads the Judicial Conference of the United States, a group of judges who make policy for the federal courts and who present the judiciary’s views to Congress.”