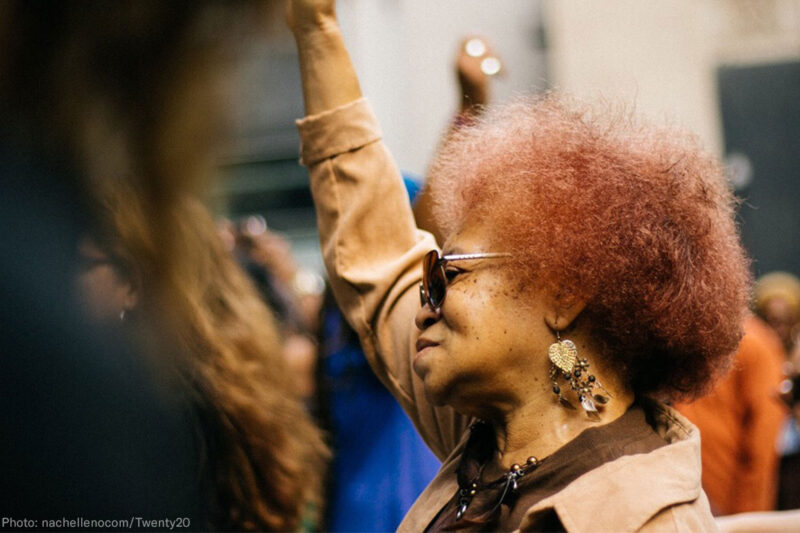 Some 1.3 million Alabamians – more than twice as many who voted in the primary – turned out to vote in Tuesday’s special election to fill the U.S. Senate seat vacated by Attorney General Jeff Sessions. The turnout was extraordinary because it took place in a state that has a well-documented history of trying to suppress the vote of the very group that helped propel Doug Jones to victory.

Alabama has a long record of suppressing the African-American vote. In the Jim Crow era, state authorities made it impossible for many Blacks to vote by requiring a literacy test. Courts long ago deemed literacy tests discriminatory and illegal, but today we still see barriers in Alabama that make it harder for people of color to cast a ballot.

There is no question that those efforts work. The ACLU of Alabama set up a hotline to report difficulties in voting on Election Day, and received complaints all day. But those efforts were not enough. According to exit polling, 30 percent of those who voted in Tuesday’s race were African American, and 96 percent of them voted for Jones.

One of the most obvious ways officials have attempted to suppress the African American vote is by imposing a requirement that voters have one of a limited set of forms of photo ID, while, at the same time, making it more difficult to obtain photo ID by closing 31 driver’s license offices in counties — including every county in which African Americans are 70 percent or more of the population.

State officials denied that these closures caused a “disparate and adverse effect based on race,” as a federal investigation determined. The state was ordered to reopen the offices, but many of the offices were reopened on a very limited schedule. For example, a person in Sumter County, which is majority African American, can only visit the driver’s license office on the second and fourth Tuesday of the month from 8-12pm or 12:30-2:30pm to get a driver’s license or non-driver ID. If they arrive without the proper paperwork to get the identification, they must wait an entire month before trying again.

On Election Day, one man from Mobile called the ACLU hotline saying that he was probihited from voting because the address on his driver’s license did not match the address where he was registered. He went home and got his passport, but was told he couldn’t use that either. He was eventually able to vote, but after the ACLU intervened to help him.

Last year, Alabama Secretary of State John Merrill was quoted in a documentary about voting rights, saying, “As long as I’m Secretary of State of Alabama, you’re going to have to show some initiative to become a registered voter in this state.”

A few months ago, after a new law passed allowing for certain Alabama individuals with felony convictions to be able to regain their voting rights, Merrill claimed it was not his responsibility to notify those voters that they are eligible to vote again.

Another law passed last year made crossover voting illegal, meaning that someone voting in one party’s primary could face fines and jail time if they voted in the other party’s primary run-off. Following the Republican primary run-off between front runners Roy Moore and Luther Strange, Merrill said that 674 people who voted in the run-off had also voted in the Democratic primary and recommended that they be prosecuted. Eventually, Merill found that the number was the result of an administrative error, but his recommendation that crossover voters be prosecuted led many to believe that voting incorrectly or against your party could lead to jail time.

After he was asked to clarify that the crossover voting law does not apply to the general election, he said, “That doesn’t confuse me, and I don’t know why it would confuse anybody that’s a thinking person in the state.”

And most recently, on the eve of the special election, Merrill appealed a ruling to the Alabama Supreme Court that would have required election officials to save digital copies of the ballots during the Senate race. The court agreed with Merrill, so his office did not save any of the ballot images. These actions represent a pattern of misleading information and a resistance to transparency from the person elected to preserve the integrity of our elections.

Another recently passed Alabama law bans any political group from making financial contributions to any other political group for any purpose. That law made it more difficult to mobilize African American voters in Alabama because it banned contributions to organizations like the Alabama Democratic Conference, the leading get-out-the-vote organizer for African American communities.

And then there is the bureaucracy. In order to have your vote counted in an election in Alabama, you need to register to vote 14 days before the election, which you can do online but only if you have an Alabama driver’s license or non-driver ID. Otherwise it has to be mailed in or filed in person. If you miss the deadline, you’re out of luck.

To vote absentee, you need to apply for an absentee ballot five days before an election and return it one day before the election unless you have a work or medical emergency and then only if you have verifiable proof that you satisfy one of five reasons for being unable to vote during normal polling hours.

You also need to make sure you don’t skip voting in an election, or you might be marked as “inactive” on the voter registration rolls. This sometimes happens even if you haven’t moved and you voted in the last election. If you are marked as “inactive” but you are at the right location, then you need to fill out a form to update your information, which will allow you to complete a regular ballot, but only if you know specific details such as the county you were born in. If you are marked “inactive” but your polling place has moved or you have moved, then you can only submit a provisional ballot, which will only be counted if you are at the correct polling location.

Confused yet? That’s the point.

The ACLU hotline had numerous complaints on Tuesday from people who were told they could not vote because they were “inactive.” They had to wait for an hour and a half to fill out the necessary paperwork to cast a regular ballot.

If you can’t jump through the right hoops, well then, Alabama says you don’t deserve to vote. On Tuesday, the stakes were high and voters were able to jump through those hoops, but it shouldn’t be this hard. These unnecessary laws and practices need to change so that more people can participate in our democracy. In 2017, it should not be this hard for any citizen to cast a ballot and be heard.