Automatic Voter Registration Is on the Rise 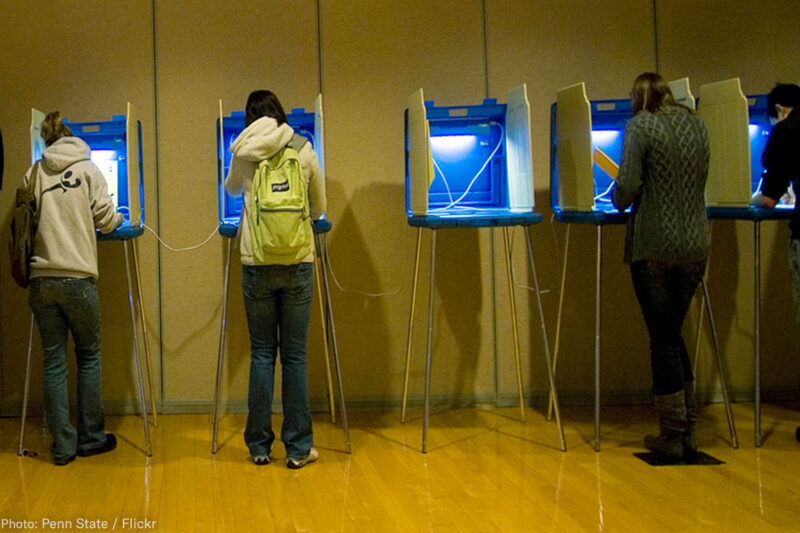 Last week, Maryland joined eleven other states and the District of Columbia in adopting automatic voter registration. Because of The Secure and Accessible Registration Act, eligible Maryland residents will be automatically registered to vote when they apply for or renew a driver’s license at the Department of Motor Vehicles, or interact with other state agencies such as the state’s health insurance exchange.

Automatic voter registration is not only critical step to reaching hundreds of thousands unregistered Marylanders, it’s a national trend: states advancing voting rights in the face of an administration hostile to the ballot box.

Just two days before Maryland made its gains, Donald Trump took the stage in the neighboring state of West Virginia to repeat — without proof —false claims that millions of people vote illegally in California. These comments come on the tail of the ACLU’s voting rights trial in Kansas, where Kris Kobach, one of Trump’s top lieutenants in the fight to spread the voter fraud lie, was exposed in court for a total lack of evidence.

There is also growing support for an automatic voter registration bill in Massachusetts, where a majority of lawmakers in both houses of the General Court have cosponsored the legislation.

Automatic voter registration has proven successful in expanding the voter rolls to make sure that every eligible American has an opportunity to exercise their right to vote.

Vermont, for instance, saw major gains in voter registration when it implemented automatic voter registration last year. “From January 1st to June 30th of 2017, 12,344 voter registrations were processed or updated by town clerks based on data sent by the DMV,” according to the secretary of state’s office. “This is in comparison to 7,626 registrations processed during the same time without AVR the prior year. This is particularly impressive because 2016 was an election year and 2017 is not.”

Automatic voter registration is a common-sense way for states to expand access to the ballot. The growing push for it is proof that activists’ work on the state and local level, like that of the voting coalition including the ACLU of Maryland, Common Cause Maryland, and Indivisible MD, is paying off. Other states should take notice and embrace policies that provide greater access to the ballot.