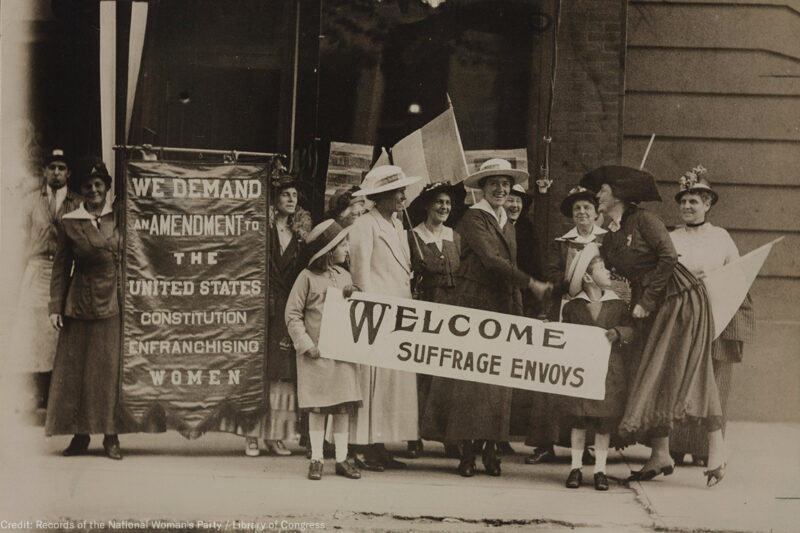 My 94-year-old great-aunt, Paralee Wilmer — we call her Aunty Lee — voted for the first time after moving to Cincinnati, Ohio, in 1944. Born to no-nonsense, small farmers in Millers Ferry, Alabama, and the youngest daughter of 12 children, Aunty Lee was one among many African Americans who moved from the South to the North in search of better job opportunities and greater freedoms during the The Great Migration. These freedoms included the right to vote without intimidation or any other hindrance.

Aunty Lee’s memory is a bit cloudy regarding whether the first time she cast her ballot was in an election for local politicians or a presidential race, but one thing she knows for sure is her pastor at the time inspired her to exercise her constitutional rights and fulfill her civic duties. He said, “When it’s time to vote, make sure you vote. When it’s time to do grand jury, make sure you go.”

At age 20, Aunty Lee understood the magnitude of her pastor’s advice, given the disenfranchisement of Black folks that she witnessed growing up in Millers Ferry — including poll taxes, literacy tests, and outright violence and intimidation that prevented Black people from voting. To be a Black citizen in America but denied full citizenship rights epitomizes the hypocrisy of American democracy. This is a sad truth that I repeat like a blues refrain to my students.

This summer — as the nation celebrates the 170th anniversary of the first major convention for women’s rights at Seneca Falls and the 98th anniversary of the 19th Amendment to the Constitution, which granted women the right to vote — how do we reconcile widespread narratives of a triumphant, steady march towards women’s enfranchisement with the more complicated and painful reality of my great-aunt’s lived experience as a young, Black woman in Jim Crow America?

Legal scholar Kimberlé Crenshaw argues that racism and sexism intersect in a manner that compounds Black women’s oppression. Although the above historical events occurred long before Crenshaw articulated intersectionality, this insightful theory should be applied to all historical narratives that do not fully engage with the lived experiences of African-American women.

What do we notice when we take an intersectional view of the events that transpired at Seneca Falls? How does our understanding of the history of all women’s political empowerment in the United States change?

When suffragists gathered in Seneca Falls, New York, in July 1848, they advocated for the right of white women to vote. The participants were middle and upper-class white women, a cadre of white men supporters and one African-American male — Frederick Douglass. The esteemed abolitionist had forged a strong working relationship with fellow abolitionists and white women suffragists, including Elizabeth Cady Stanton and Susan B. Anthony. No Black women attended the convention. None were invited.

Although women of color were profoundly absent at Seneca Falls, a greater degree of cultural inclusion was on the horizon. In May 1851, African-American abolitionist Sojourner Truth spoke at a women’s rights convention in Akron, Ohio. During her famous speech on the abolition of slavery and the promotion of women’s rights, Truth allegedly bared her breast and proclaimed, “Ain’t I a woman?”

It was a melodramatic act and statement, but as historian Nell Painter argues, it never happened. Instead, it was a quaint fiction crafted by convention organizer Frances Dana Gage and other white feminists who depicted Truth to white audiences as a genuine albeit primitive ally in the fight for women’s rights. Thus, the 1851 convention marked a modicum of progress, but this progress is tainted by white suffragists’ attempts to control Truth’s voice.

By the turn of the 20th century, Black suffragists such as Mary Church Terrell represented intersectional feminism at its best. Born to former slaves in Memphis, Tennessee, Terrell earned her bachelor’s and master’s degrees from Oberlin College and served as president of the National Association of Colored Women. In February 1898, Terrell spoke at the National American Woman Suffrage Association convention in Washington, D.C.

Her speech forced powerful white women attendees to reflect on the compounding oppressions and systemic violence that Black women endured during slavery. She ended on a more optimistic note — praising the sheer grit and intellect of freed women. Terrell’s rhetorical style echoed the American ethos of self-made men and women, but she oversimplified the historical reality that the paths to racial and gender equality are long, jagged, and still unwinding.

The history of women’s suffrage in America is not nice or neat, because the impact of white supremacy is broad and human nature is messy. Furthermore, a nation built on stolen land from Native Americans and stolen labor from African slaves is flawed from the start. We must constantly acknowledge this truth and engage in an intersectional celebration of women’s rights activists and landmark events.

In addition to celebrating the passage of the 19th Amendment, let’s celebrate the upcoming birthday of African-American suffragist Mary Church Terrell, who would be 155 on September 23. Let’s celebrate the lives and legacies of the true Sojourner Truth, abolitionist and suffragist Harriet Tubman, and Shirley Chisholm — the first Black woman elected to Congress and to seriously run for president.

Let us celebrate and support current-day Black Lives Matter founders and organizers Alicia Garza, Patrisse Cullors, and Opal Tometi, three queer Black women committed to “placing those at the margins closer to the center” of political leadership. Last but not least, let’s celebrate the lives of everyday people like my Aunty Lee — a Black woman born and raised in Jim Crow Alabama who sought out a better life in Ohio and has religiously exercised her right to vote for the past 74 years. Let us celebrate these Black women while recognizing that the struggle to vote without obstacles continues.