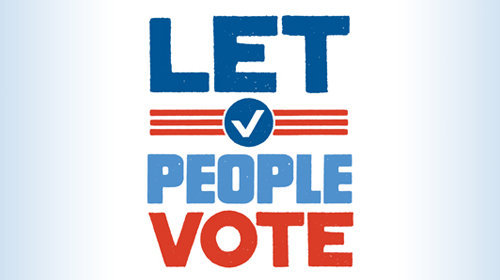 Tayna Fogle is a mother of two, grandmother of six, a leader in her community, and a powerful example of how difficult it is for citizens to regain their voting rights.

Two decades ago, Tayna served a sentence for a non-violent drug offense and writing overdrawn checks. Today Tayna has turned her life around and in her own words is “giv[ing] back to my community now, talking to organizations . . . talking to kids to make sure they don’t make the same kinds of mistakes I did.”

Tayna lives in Kentucky, one of three states that permanently disfranchises individuals with a felony conviction; the other two states are Florida and Iowa. The rest of the states have a variety of disqualifying standards and restoration procedures, including different rules for whether you can vote on probation or parole or after restitution of fines.

Making matters worse, many criminal disfranchisement laws proliferated during the Jim Crow era and were intended to bar minorities from voting. The impact of these laws continues today. Nationwide one in 13 African Americans of voting age have lost the right to vote. In turn, this has impacted the families and communities of those who are disfranchised by reducing their collective political voice.

Florida and Kentucky have the highest disfranchisement rate of African Americans in the country at 23 and 22 percent, and over half a million individuals are permanently denied the right to vote in these two states alone. Nationwide approximately 4.4 million people have been released from prison and are living and working in the community but are unable to vote.

The odds that Tayna would be able to have her rights restored were slim under a previous administration, but her endless persistence paid off. After going through the pardon process twice – including the burdensome process of writing an essay, providing three character references, and paying a fee – Tayna achieved the rare feat of regaining the right to vote. Despite her victory, Tayna remains concerned about why she had to fight so hard to regain her voting rights. “I never have figured out what committing a crime has to do with being able to vote,” she said. “We have to pay for that same crime twice – but with a life sentence.”

Many deserving and eligible citizens have not been so fortunate. Tayna’s success is unique, but the loss of voting rights through vastly different and confusing disfranchisement laws is not.

By continuing to deny Americans the right to vote based on a past criminal conviction, the government endorses a system that expects these citizens to contribute to the community but denies them participation in our democracy. That is why the Democracy Restoration Act is supported by a very broad range of faith, law enforcement, and civil rights organizations. It’s also why the easing of disfranchisement laws has received strong bipartisan support in many states.

Tayna Fogle has made the most out of her rare second chance, and millions of other American citizens deserve the opportunity to do the same through the Democracy Restoration Act’s fair and uniform nationwide process.