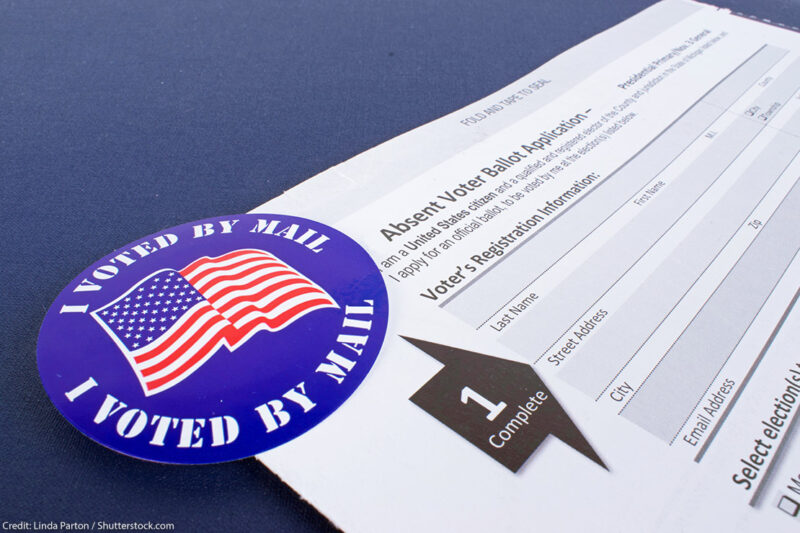 Make your plan to vote, starting with your state’s vote by mail options: aclu.org/voter.

It’s after Labor Day, the weather is changing, leaves are turning, which all means — Election season is officially here. November 3 is now less than 50 days away, and we at the ACLU have been working for months nationwide to ensure voters safe and secure access to the ballot and to protect everyone’s rights while voting — and now that time is here. During the COVID-19 pandemic, it is essential that we not only protect our health but also our civil liberties — including our fundamental right to vote. It’s on all of us to make our plan to vote. Today is not too early to act.

Next, check your state’s ID requirements. Thirty-six states have some form of voter ID law currently in effect. Strict photo ID laws don’t affect all people equally, but every American’s voting rights are put at risk when state legislatures enact ID laws that cherry pick the forms of IDs deemed acceptable. As a voting rights advocate and a lawyer, I’ve spent the last few years fighting back against restrictive photo ID laws. I’ve gone door to door and to community centers to reach voters to ensure they know about their state’s identification requirements. You can find out here if you need identification to vote in your state.

While we don’t agree with strict photo ID laws, voter purges or unnecessarily long registration deadlines, we all need to be ready to vote in spite of these laws, so we can keep working together to make voting more accessible and secure. If your vote didn’t matter, elected officials wouldn’t try so hard to take it away.

We’ve all heard so much about the presidential election at the top of our ballot, but it’s crucial to vote for every race — and initiative — on your ballot. Every candidate and question can have a big impact on civil rights and liberties. Ballots differ based on state and locality — with different candidates and questions, called ballot initiatives, which determine what kind of state you want to live in: a state that allows formerly incarcerated people to vote; a state that holds police accountable for brutality and killings; or a state that finally puts the nail in the coffin of racist Jim Crow-era laws. These questions were on the ballot for voters in Florida, Washington, and Louisiana, respectively, in the 2018 midterm elections, and Americans voted to move their state forward towards a country where We the People means all of us.

Elected prosecutors, or district attorneys, are some of the most influential actors in the criminal justice system. They decide who to charge with crimes, whether to offer a second chance or send someone to prison, and when to hold police accountable. Prosecutors’ decisions and their influence over local and state criminal justice laws have been one of the primary drivers of incarceration and racial disparities throughout the justice system.

This year, Nebraska voters can decide to reduce predatory payday lending loan annual interest rates from 400 percent to a maximum of 36 percent. These payday lending loans, marketed as a short-term fix, are actually designed to trap borrowers in a cycle of long-term debt. Sixteen states and D.C. have already enacted rate caps of about 36 percent — and now Nebraskan voters have the chance to follow suit — the initiative from the Nebraskans for Responsible Lending turned in enough signatures to qualify for the November 3 ballot.

Coloradans can fight to protect reproductive freedom and vote no on Proposition 115, a back-door ban that would criminalize abortion at 22 weeks. Prop 115 is an initiative of the same groups and politicians who have attacked the right to make the medical decisions that are right for us and want to ban abortion outright. If passed, Prop 115 will disproportionately harm Black, Indigenous, Latinx, LGBTQ+, low-income, and young individuals and families — the same marginalized communities who already face additional barriers and delays to accessing abortion care. Coloradans have rejected abortion bans on the ballot three times in the last 12 years; this year, a robust and growing list of organizations working on reproductive health, rights, and justice, as well as other issues, have already come out strongly in opposition to the ballot measure.

And in Oklahoma, voters can cast their ballot for State Question 805, a common-sense criminal justice reform that will limit extreme sentences for nonviolent crimes and save Oklahoma taxpayers $186 million. Oklahoma is handing down cruel and unfair sentences for minor crimes. A second conviction for breaking into a shed can result in a life sentence. In Oklahoma, an individual served 33 years in prison for writing $400 worth of bad checks, and a mother was sentenced to 15 years for stealing basic necessities and children’s toys from a Walmart. SQ 805 will limit sentences like these that are out of proportion to the crimes.

Cast an informed vote and research your candidates and ballot initiatives before casting your ballot.

Decide how you’ll cast your ballot:

This year, voters have more options than ever before on how to cast their ballot. Voting by mail might be the safest option for many voters, and over 83 percent of voters have that option this year. Most states allow voters to vote by mail every election cycle, and more have expanded access to vote by mail for the duration of the pandemic. Not sure how to vote by mail? We put together a guide on vote by mail for every state. And why wait for a good thing — you should request your ballot today. To ensure adequate time for delivery, leave ample time to request and return your ballot, as many states require that your ballot be received on or before Election Day.

Voting early is another great option. Many states allow voters to cast their ballot two weeks or more before Election Day, meaning more flexibility to work around your schedule and shorter lines. You can also vote on November 3, but think of Election Day more like a deadline, not the only option! If you don’t have time before, haven’t received your ballot, or just like the tradition, you can head to your local polling place on Election Day, just remember to take the proper precautions and to vote like your rights depend on it.

Paid for by American Civil Liberties Union, Inc., and authorized by Abortion Access for All. 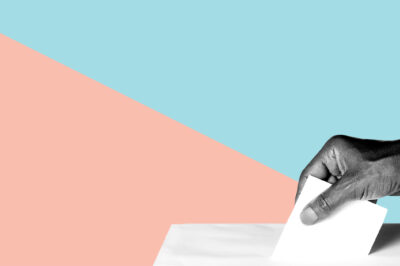 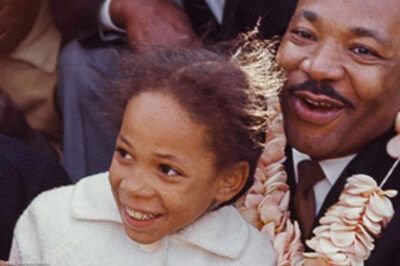