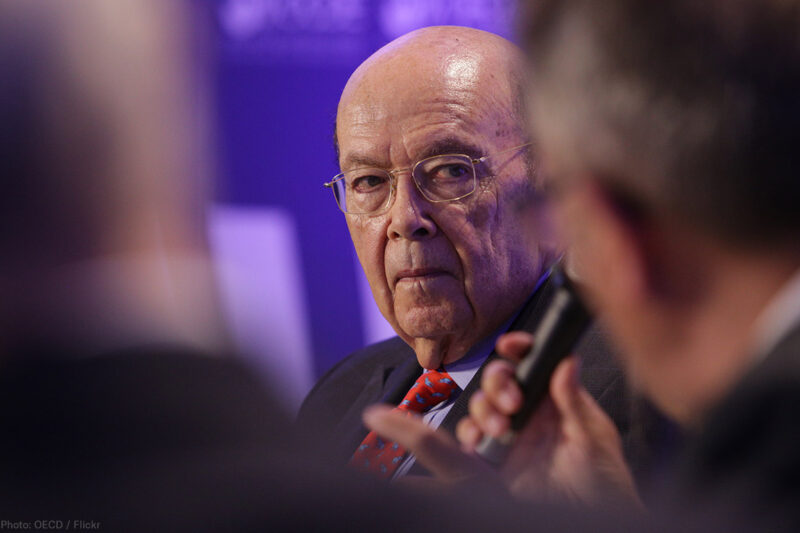 On Nov. 6, Americans will head to the polls to exercise their right to vote. The day before, the ACLU will head to trial to try to prevent the Trump administration from diluting the political influence of millions of people for years to come.

In March, Commerce Secretary Wilbur Ross announced that for the first time in 70 years the decennial census questionnaire will ask respondents whether or not they are U.S. citizens. Secretary Ross has admitted that including this citizenship question will result in the census undercounting an estimated 1 percent of the population — more than 3 million people — because, in his own words, there are “folks who may not feel comfortable answering” the citizenship question.

The folks who won’t want to answer a citizenship question on the census are largely members of immigrant communities of color whom the Trump administration has targeted since it came to power. This includes both non-citizens and U.S. citizens, many of whom may fear that participating will expose their non-citizen family members, neighbors, or loved ones to repercussions.

The census already has a history of undercounting communities of color. In the 1990 census, Hispanic Americans were undercounted by about 5 percent. In 2010, the census failed to count 1.5 million Latino and Black people. In 2020, the Census Bureau will ask for citizenship information – a move that will dissuade millions from responding and make the undercounting problem far, far worse.

Why does an undercount matter?

For one, the census population count is used to apportion representation in Congress, allocate votes in the Electoral College, and draw congressional and state legislative districts. Apportionment is based on the number of people who live in a district, regardless of their legal status.

If the citizenship question goes forward and the census experiences a sizeable undercount, states with large immigrant populations could very well lose political representation in Congress. An undercount would also shift power away from urban areas — since about 61 percent of undocumented immigrants live in just 20 U.S. cities —and toward rural areas, which already have disproportionate political power as a result of the Electoral College and the Senate.

Congressional and state legislative districts in immigrant-heavy cities like San Antonio, Houston, and Miami will receive the same number of representatives as non-urban districts in the same state, despite having larger populations — a situation that dilutes the political power of urban immigrant communities.

In other words, immigrant communities of color will get less electoral representation than other U.S. residents, attacking the fundamental idea of equal representation. And Latino citizens — already disproportionately burdened by a wave of voter suppression efforts such as laws requiring documentary proof of citizenship to register to vote — again face a significant threat to their political influence.

What’s more, census data also determines how an estimated $900 billion in funding for crucial social service, health, and education programs is allocated. If immigrants are undercounted, that means the communities in which they live are likely to receive less Title I funding for elementary and secondary schools, less funding for children’s health insurance coverage under the State Children’s Health Insurance Program (CHIP), and less Medicaid funding.

Here’s the saddest part: the Trump administration knows all of this. The entire purpose of the census survey, as required by the Constitution, is to get an accurate headcount of all “persons” living in the U.S., regardless of citizenship status. So why is the administration is charging ahead with a question that they’ve already conceded will undercount more than three million people?

Simply put, the administration doesn’t want certain people to count. Kansas Secretary of State Kris Kobach — who played a key role in adding the question, along with former White House adviser Steve Bannon — said clearly that the goal of the citizenship question was to move toward “excluding illegal aliens from the apportionment process.”

Attacks on immigrants have become a hallmark of the Trump administration, and with the citizenship question, the administration is attempting to do 10 years’ worth of damage in one go. The trial that starts on Nov. 5 seeks to stop this plan, which intentionally discriminates against immigrants and communities of color and violates the constitutional mandate to count the U.S. population accurately.