It's Time to Update Aging Voting Equipment Before the 2020 Election 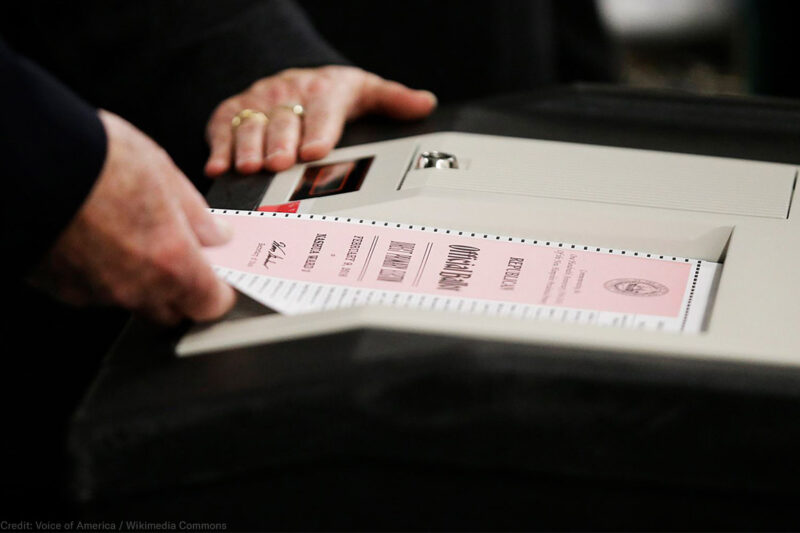 When Ronald Campbell went to his polling location in Horry County, South Carolina, to vote in the 2018 midterms, he wasn’t expecting it to become an odyssey. But when he and his wife arrived at their polling location, the lines were so long that Ronald feared he and his wife wouldn’t be physically able to stand for the amount of time it would take to get to the voting booth. Nevertheless, they returned to the polling location four separate times throughout the day until the line had become reasonable — that’s how determined Ronald and his wife were to vote.

But Ronald never got a chance to cast his ballot.

When they finally reached the check-in table, Ronald learned that when he changed his address at the Department of Motor Vehicles, the voter registration system was not updated. He would need to cast his ballot at a different polling location. However, it was too late. The location had already closed.

Ronald’s story is not unique. Long lines, caused in part by old election equipment, were pervasive throughout Horry County, the state of South Carolina, and nationwide. Approximately 16 million voters encountered an issue while casting a ballot in 2016, according to an MIT study. One significant contributor to the 16 million voters facing problems was the voting equipment. The solution to many of these reported problems is for federal, state, and local governments to work together to replace aging election equipment before the upcoming 2020 elections.

Outdated voting equipment is a longstanding issue in the United States. In the 2000 election, Americans learned how crucial functioning operational equipment is to our electoral process. As phrases like “butterfly ballot” and “hanging chad” were introduced to the American lexicon and garnered news headlines, many questioned the accuracy of election results. In response, Congress passed the 2002 Help America Vote Act (HAVA), which created the U.S. Election Assistance Commission and authorized $3.65 billion in payments to states to modernize election systems.

Unfortunately, much of the equipment purchased with HAVA funds have now reached the end of its lifespan, and Congress does not seem eager to send states the funding necessary to purchase new equipment. As a result, jurisdictions in 44 states used voting machines that were over 10 years old in the 2016 election, according to a study from the Brennan Center for Justice. This continued use of outdated machines increases the likelihood that the equipment will break down, voters will face longer lines, and individuals will have a less favorable opinion of the voting process.

As Ronald’s story exemplifies, South Carolina desperately needs to replace its voting equipment. South Carolinians have some of the longest wait times to cast a ballot in the entire country, in part due to its antiquated voting equipment. The equipment was purchased in 2004, three years before the first iPhone was released.

South Carolina is one of only four states that used voting machines that do not provide a paper record of each vote cast in the 2018 election. Reported issues included vote-flipping, candidates missing from screens, lost votes, too many votes, freezing, and battery failure. Additionally, these types of machines do not allow for proper post-election audits to be held following elections. In order to solve this serious problem, ACLU of South Carolina has been working closely with the state legislature to allocate funding and update the state’s voting machines.

The troubles that voters will face in 2020 and beyond due to aging election equipment are known and avoidable. Federal, state, and local governments must update our election systems before we repeat the mistakes of the past.