The Long and Short of Voting Lines in North Carolina 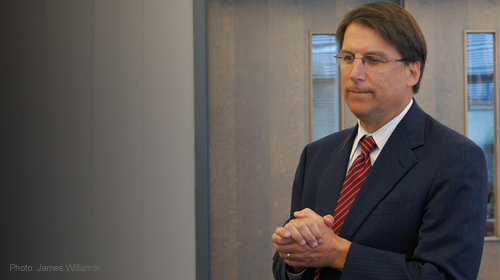 We know that cuts to early voting are bad for voters. But just how bad are they?

As part of our lawsuit against North Carolina’s voter suppression bill, we asked Ted Allen, a professor of industrial engineering at Ohio State University, and Paul Gronke, a political science professor at Reed College, to crunch some numbers. Both found that shorter early voting periods translate to longer lines and less voters.

During the 2012 general election, over one-half of North Carolinians voted early, with about 900,000 ballots cast during the seven days of early voting that have now been eliminated. If just four percent of those voters showed up on Election Day, waiting times to vote would have more than doubled, according to Allen, who literally wrote the textbook on lines and waiting times to vote.

But some people just can’t afford to spend their time in line. With longer waits, Allen calculates that 18,000 people would have given up in frustration and left the lines without voting. And that’s just a low-end estimate: In a worst-case scenario, waiting times would have been just shy of three hours to vote. For perspective, that’s how long it takes to drive from Raleigh to Charlotte.

And Gronke, the nation’s leading expert on early voting, also predicts that North Carolina’s cutbacks will reduce the number of people who vote early. He looked at data from Florida in 2012, where over 300,000 fewer ballots were cast after the state similarly eliminated several days of early voting. The decline: 10.7 percent.

Who’s going to be hit hardest? African–American voters, who have used early voting at higher rates in five out of the last six federal elections in North Carolina, that’s who.

In fact, over 70 percent of black voters (or more than 1.6 million) cast their ballots during the early voting periods in 2008 and 2012. This racial effect is exactly what we saw in Florida in 2012. As Gronke observed, “After Florida cut back on early voting, its population of early voters became less black, and more white.”

North Carolina Gov. Pat McCrory has brushed these concerns aside, promising that counties will continue to offer the same number of early voting hours, even as the total number of days shrinks. But, in fact, many counties will not do so.

And, regardless of the hours, we know these problems will happen anyway. Florida did the exact same thing before 2012 – compressing the same number of early voting hours into fewer days – and we know the outcome was still the same: less voting and longer lines.