The Voters of Cranston, Rhode Island, Deserve to be Treated Equally 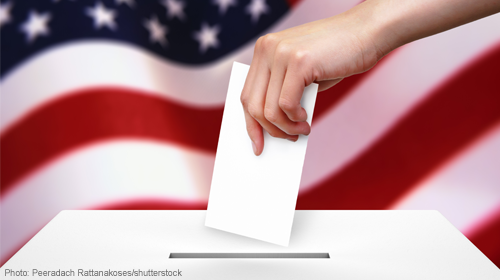 While the above illustrations are fictional, the last one is a reality for most of the voters in Cranston, Rhode Island. Under the U.S. Constitution, voting districts must be drawn in such a way so that each district has roughly the same number of constituents, giving each voter an equal say in state and local representation. In Cranston, elected officials have recently redrawn their six voting districts (known as wards) so that about 13,000 to 14,000 people are in each ward. Each ward can elect one representative to the City Council and one representative to the local school board.

However, in Ward 6, over 3,000 people—25 percent of the population attributed to that ward—are actually people who are incarcerated, the vast majority of whom aren’t from Cranston, let alone “residents” of Ward 6, and cannot vote in local elections. No one running for office in Ward 6 is attempting to get the votes of these incarcerated individuals. None of these detainees are attending neighborhood garage sales in Ward 6, attending PTA meetings in Ward 6 schools, or shopping at the local Ward 6 grocery store. In no sense would anyone consider them voting “constituents” of Ward 6.

Elected officials from Ward 6 therefore only represent about 10,000 actual constituents, and yet have equal say in important local matters with elected officials who represent 13-14,000 constituents from each of the other five wards. In other words, when Cranston residents from Wards 1, 2, 3, 4, and 5 cast their votes in local elections, their votes are now worth only three-fourths of the same vote cast by someone from Ward 6. Cranston refused to follow the example of many other municipalities who don’t count incarcerated people as if they are actual residents of the district where the prison happens to be located.

As a result, Cranston voters outside of Ward 6—Karen Davidson, Debbie Flitman, Eugene Perry, and Sylvia Weber—along with the ACLU of Rhode Island, have filed a lawsuit seeking to enforce the basic principle of democratic equality under the U.S. Constitution. They are represented by the ACLU Voting Rights Project, Demos, the Prison Policy Initiative, and Lynette Labinger of Roney & Labinger LLP.

There is no three-fourths solution here. Only when each Cranston voter is entitled to have each vote counted fully can basic democracy be restored to the city of Cranston, Rhode Island. Read more about the lawsuit.