We’re Suing California Because It Threw Out More Than 45,000 Ballots in the 2016 Presidential Election Over Handwriting ‘Mismatches’ 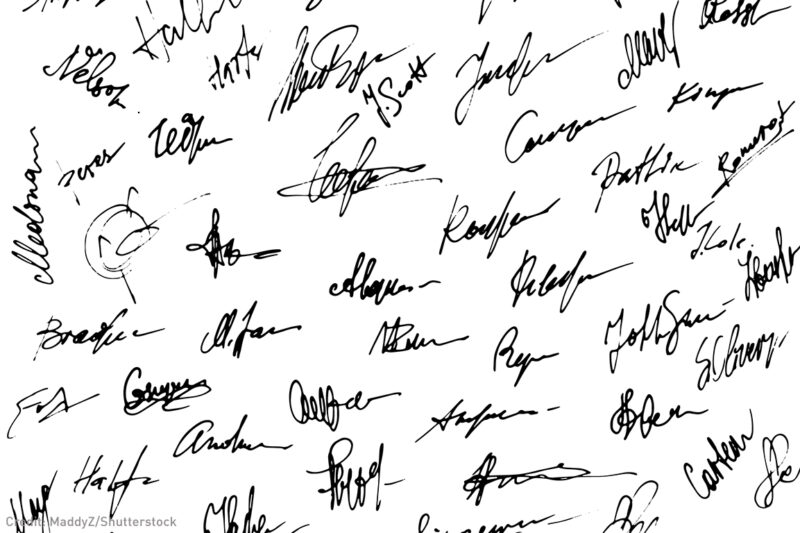 In last year’s presidential election, 45,000 California voters were unknowingly disenfranchised. Their right to vote wasn’t curtailed because anyone questioned their eligibility or registration. They weren’t late sending in their ballot. They weren’t accused of doing anything wrong.

What’s worse, the county elections officials are not required to notify voters before their ballots are rejected; many voters don’t find out that their vote was not counted until after the election is over and the final vote tally announced, if at all.

If you think that’s a recipe for widespread voter disenfranchisement, you’re correct. And the reason is simple: handwriting varies.

Signatures may have variations for a number of reasons. Signatures can change over time or with a change in the writer’s physical condition. Signatures may vary depending on whether the writer is standing or sitting and what instrument or surface they use to sign. Many voters do not have a consistent signature style and may simply not know that they are supposed to sign their ballot in the same way that they signed their registration.

Unfortunately, if we don’t make changes, it’s only going to get worse. Last year, California passed the Voter’s Choice Act. Under the law, all voters in participating counties will receive mail-in ballots beginning in 2018. In a state where more than half of all voters are already voting by mail, the law dramatically increases the likelihood that more residents will vote by mail. Giving more options to voters is a good thing. But under the current system, more voters will be exposed to the signature match requirement and possible disenfranchisement.

Because the state lacks uniform standards for comparing signatures, some counties have higher ballot rejection rates than others, as do certain demographic groups.

A voter whose native script is written right to left or in non-Latin characters may show more variation when signing their name in English. Minority groups are affected the most. Asian-Americans voters, Latino voters, and voters born outside of the United States are disproportionately disenfranchised by a perceived signature non-match.

The problem is also not limited to California. In May, the ACLU sued New Hampshire for throwing out our client Mary Saucedo’s ballot because, at 94 years old and legally blind, she could not sign a matching signature. States can correct this constitutional violation by, at a minimum, providing voters with notice that their signature may not match and an opportunity to explain or correct the discrepancy.

Each incorrectly rejected ballot denies a voter their fundamental right to have their vote counted. And as we well know, the disenfranchisement of comparatively few voters can sway elections. California should correct this dangerous practice of voter disenfranchisement immediately.