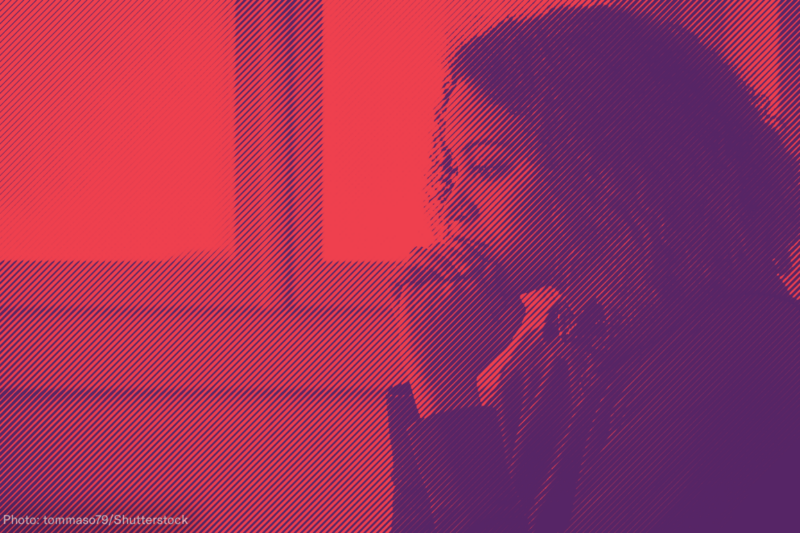 Fifty years ago today, Congress passed the Fair Housing Act, which at long last protected Americans from discrimination when purchasing or renting a home.

At least that was the plan. But for too many people, the fight for fair housing is not over.

Ongoing bias against African-Americans at the hands of banks, landlords, and local governments is well-documented half a century later. Women, including women of color, also continue to grapple with unequal treatment. They are frequently subjected to sexual harassment while trying to keep a roof over their heads, a violation of the FHA that flies under the radar.

Sexual harassment by landlords, superintendents, and other housing staff plays out in many ways in communities across the country. They have demanded sex in exchange for rent reductions or repairs, entered tenants’ homes without permission or notice, sexually groped them, and moved to evict tenants who rejected their sexual advances. Property managers have also refused to approve housing applicants unless they complied with sexual demands. Harassment in housing affects all types of people, but it disproportionately harms low-income women of color.

The study also revealed that low-income women who had not obtained a housing subsidy were more vulnerable to sexual harassment compared to those that did. The women with rental assistance could refuse their landlords’ sexual demands and still afford to pay their rent. Those without subsidies, who were also economically struggling, were usually forced to move when they rejected the harassment.

Housing managers who sexually harass one tenant frequently target many more. For example, Yolanda Boswell’s real estate manager in Montgomery, Alabama, repeatedly tried to coerce her into having sex with him and then raised her rent when she refused. After the ACLU, Legal Services Alabama, and the Central Alabama Fair Housing Center filed a lawsuit on Ms. Boswell’s behalf, we learned that the manager had also sexually harassed several other women, leading the Department of Justice to pursue an additional case. Ultimately, a federal judge called out the Montgomery Housing Authority, noting that several of the victims had informed their housing counselors but that “in every case, the women’s concerns were ignored.”

The judge’s rebuke points to a broader issue: Tenants and housing applicants too often face pressure to remain silent about sexual harassment, and they encounter hostility or dismissal when they do report it.

There is legal recourse, however.

The Fair Housing Act and similar state laws provide applicants and tenants who are harassed with the ability to seek compensation and reforms in housing management. They can seek representation to file their own lawsuit in court or assistance from the U.S. Department of Housing and Urban Development or the U.S. Department of Justice. Notably, the Justice Department recently launched a major initiative encouraging people to come forward with their reports of sexual harassment in housing. This builds on an important regulation issued by HUD in 2016 to explain how the FHA bars harassment in housing.

Housing providers should take these basic steps to protect applicants and tenants from sexual harassment and to prevent themselves from getting sued:

Adopt and publicize a policy prohibiting sexual harassment and violence. The policy should identify the forms that sexual abuse can take, how the housing provider will respond to complaints, and the resources available in the community for those seeking help.

Partner with local groups that promote fair housing and support survivors of sexual violence to implement best practices and provide education to residents and staff.

Provide all staff members with training on the policy and the resources available to those who report sexual harassment.

Thoroughly investigate any complaint of sexual harassment and take appropriate action. This includes providing accommodations for those who have experienced harassment and disciplining or firing employees who commit sexual abuse against applicants or tenants.

The FHA guarantees Americans the right to access housing without being subjected to unwelcome sexual advances or assault. If you have been sexually harassed by your landlord or housing staff, share your story with us here. The information you provide will be kept confidential unless we obtain your permission to share it with others.